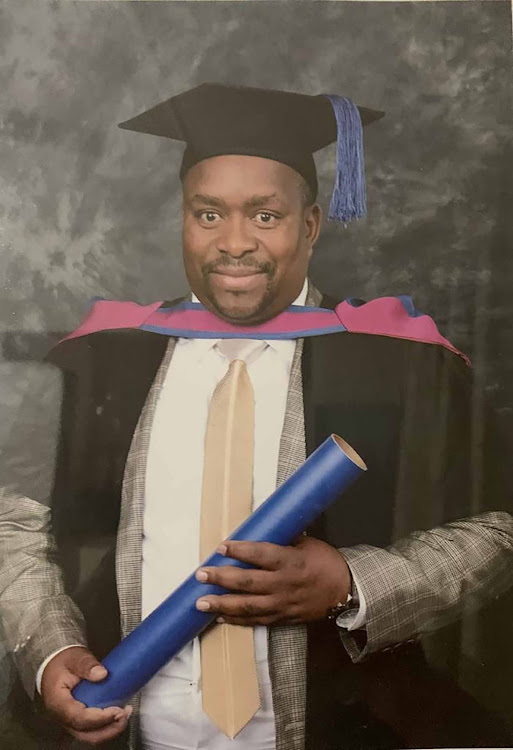 Tributes are pouring in following the death of Khaya "Bolie" Bolana.
Image: SUPPLIED

The 51-year-old died at an East London hospital this week after suffering a stroke.

At the time of his passing, “Bolie” as he was affectionately known, co-convened a civil action group in Stutterheim, the Amahlathi Concerned Group He was a PhD candidate in agricultural studies at the University of Fort Hare and a teacher at Jongile Nompondo High School.

“His commitment to see his pupils succeed saw him always interested in developments in various sectors.

“He understood himself as an integral part of his community and the ordinary people, [whom] he served with humility and resilience,” Nqatha said. “He identified with and took as his own the hardships confronting the people of Amahlathi.

“He always loved intellectual engagements and was never scared of taking part in serious and complex political debates."

“Bolie was a resilient and loving person. He had great dreams for Stutterheim and Amahlathi as a whole. He is an unfinished chapter in the rewriting of the history of Amahlathi.

“In Khaya Bolana, we have lost an all rounder of a leader, a visionary leader, a scholar and an activist who always put the interests of his community before his own.

“Bolie was a family man and a servant leader who embraced good governance, transparency and accountability.

“This leaves a huge void in the Amahlathi Black Business Forum.

“We will remember him as a fearless rural development activist, a dedicated scholar, a visionary leader and educator par excellence,” Makunga said.

Amahlathi municipality mayor Agnes Hobo said: “Like a desirable horse he has run his race and passed his course. May his soul rest in eternal peace.”

Evidently heartbroken was his school principal, Zolile Nqulo, who hailed Bolana for his humility and dedication to Jongile Nompondo’s less fortunate pupils.

“He was an educator who never compromised on the need of our learners, especially from poor backgrounds, to be afforded deliberate extra support, so as to be able to catch up with their peers from affluent and better-equipped schools.”

His friend and business associate, Lyle Mundell, said it had not yet sunk in that Bolana had died.

Bolana is survived by his wife, a son and four daughters. He will be laid to rest at a private family funeral in Stutterheim on Saturday.