Older teachers ‘terrified’ of returning to the classroom 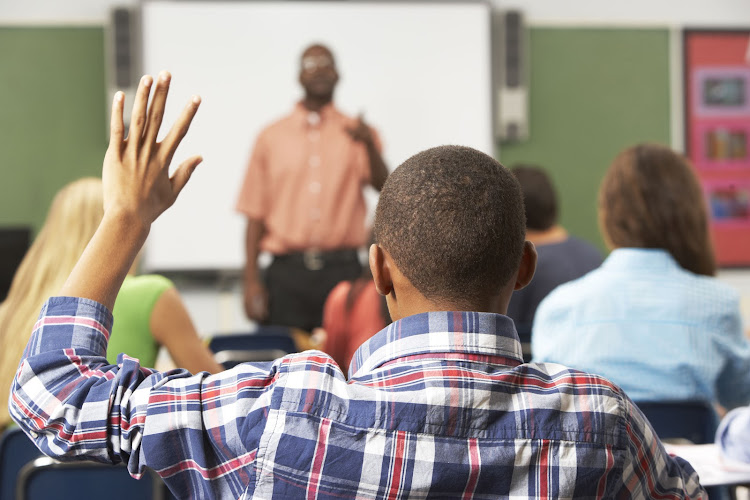 The big question When it comes to teachers who are 60 or older going back to work, it's health and safety of the people first, says one union.
Image: 123RF/Cathy Yeulet

Teachers with underlying medical conditions and those 60 and older are “terrified” of returning to the classroom because they are at greater risk of contracting the coronavirus.

Some teachers, as well as a subject adviser, have expressed their concerns to teacher unions and a principals’ association.

This is despite President Cyril Ramaphosa’s comments during his recent announcement on the easing of the lockdown regulations that “those who are elderly, and those with underlying conditions, must remain at home and take additional precautions to isolate themselves”.

Basil Manuel, executive director of the National Professional Teachers’ Organisation of SA, said teachers 60 years old and over were “terrified” of returning to school and that the union had “very real concerns”.

“We have put it on the table with the department of basic education that we want very clear health-based instructions about how people with underlying conditions and those over 60 are going to be treated.

“We need to know exactly what the health department is saying to us. If their [teachers’] lives are in danger, we will definitely not support that they report to school.”

We want very clear health instructions on how people with underlying conditions and those over 60 are going to be treated.

He said there were a number of teachers over the age of 60 in the education system, many of whom were teaching matric pupils.

Manuel said a departmental official who had been on a ventilator for more than two weeks after contracting a virus overseas was “panicking” about returning to work.

The South African Democratic Teachers’ Union (Sadtu) said on Friday the departments of basic education and higher education must take into account the “pre-existing health conditions of students and workers”.

With 45-plus learners confined to small classrooms, this will become the breeding ground for the virus, as the practice of social distancing would be impossible.

Wesley Neumann, principal of Heathfield High School in Cape Town, recently wrote an open letter to basic education minister Angie Motshekga, saying “it would be irresponsible to expect learners to return to school where the spreading of the virus will be exacerbated by the volume of humans in such close proximity”.

“With 45-plus learners confined to small classrooms, this will become the breeding ground for the virus, as the practice of social distancing would be impossible.”

With 45-plus learners confined to small classrooms, this will become the breeding ground for the virus, as the practice of social distancing would be impossible.

Speculation is rife that at-risk teachers could apply for special leave if they furnished proof of an underlying medical condition.

According to a document outlining the department of basic education’s proposed recovery plan, 907 teachers at the age of 65 would retire between March and September 2020.

The document said the education sector had to prepare for the eventuality that some of its employees may have contracted the disease during lockdown and may not be in a position to return to work.

“About 17,760 posts had been set aside for ad hoc or substitute purposes and these posts could be used to replace educators who are recovering from this illness,” it stated.

A media briefing  by Motshekga and her counterpart from higher education, Blade Nzimande, scheduled for Monday, was postponed to later this week.

Basic education department spokesperson Elijah Mhlanga said the ministers were meant to give an update on their areas of work in relation to the Covid-19 lockdown.

The postponement of Monday’s briefing “was necessitated by the need to align with other interventions that are to be taken by the National Coronavirus Command Council later this week”.

On Twitter Mhlanga invited South Africans to tweet the most important question they wanted Motshekga to answer when she addressed the nation.

Responding to Mhlanga, a writer identifying himself as Vincent wrote: “How is the minister going to ensure that learners and staff are not infecting each other with the coronavirus? Schools have overcrowded classrooms and are understaffed. No proper water and sanitation in rural schools.”

Another, identifying himself as Ikanyeng, wrote: “Man, we just wanna know when institutions are reopening and how the process is going to work.”