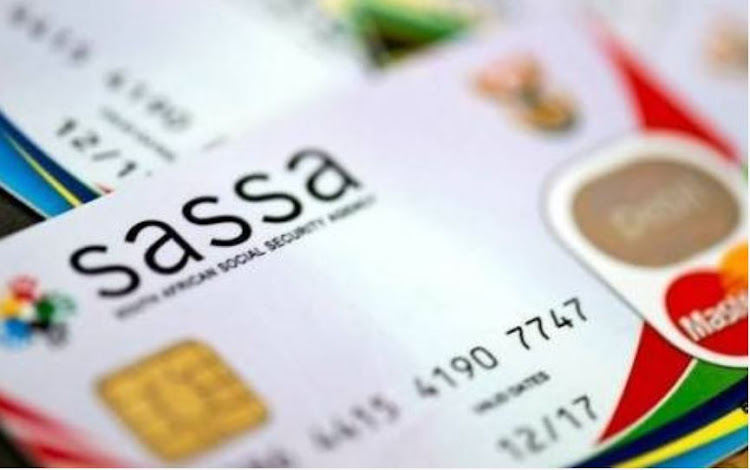 Seven million desperate and fearful child caregivers, whose starving families depend on government social grants for survival, are expected to descend on retailers en masse on Wednesday.

The driving force, warn NGOs and food rights advocacy groups, is fear – and a promise from the government to increase the grant from R445 to R745 in May as part of its measures to help cash-strapped citizens during the Covid-19 pandemic.

That fear has been created by a week-long delay in grant payments, glitches in the payment systems, and skyrocketing food prices.

In April, the government announced that grants for pensioners and the disabled and children would be moved from the end of the month to the fourth and sixth of each month respectively.

The rationale was to protect the vulnerable from month-end panic buying.

On Monday, grant payment system failures resulted in hundreds of thousands of pensioners and disabled caregivers either not receiving their grants or being overpaid.

In KwaZulu-Natal, nearly 450,000 people did not receive their grants. In the Western Cape, thousands received double payments, with social development minister Lindiwe Zulu threatening to stop payments in May if the monies were not returned.

Sassa spokesperson Sandy Godlwana said some payments that were meant to be paid on Monday were delayed until Tuesday “due to a system glitch”.

Sassa CEO Busisiwe Memela told Times Select Monday’s glitches, which she said would not happen again, were the result of the agency changing the way it made payments.

“Traditionally we pay out all grants simultaneously on the same day.

“It was us separating the payments with elderly and disabled from the child grant payments, and managing this process, that the glitches occurred and some clients did not get paid.”

She said unfortunately by the time the system glitches were recognised, “it was too late to fix”.

“This resulted in some clients having to return yesterday [on Tuesday], which we are really sorry about. I have been beating myself up about this.

“We can assure the mothers and caregivers that we have double checked the system and that going forward everyone will receive their money on time. That’s because we do not intend changing the payment process in the immediate future.

“Our only hope now is that people don’t go to the same place to withdraw their money.” 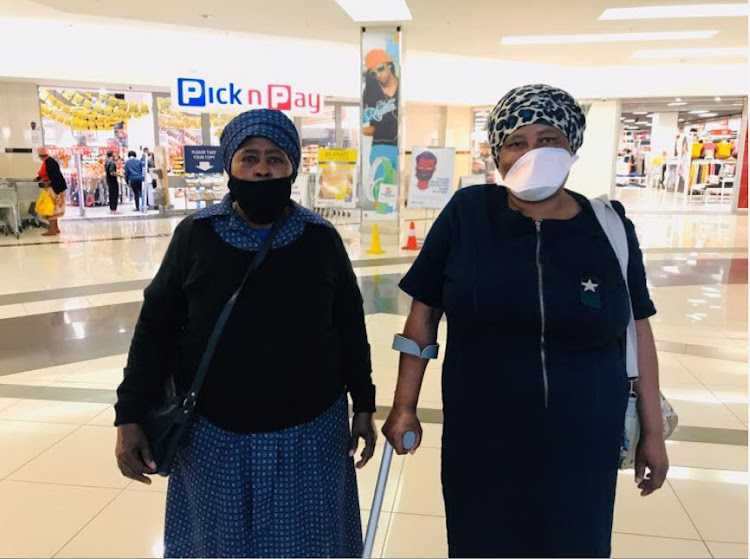 Lucky ones Luziwe Nkomo and Matilda Modibedi beamed with joy and gratitude after receiving their pension grants at Randburg Square on Tuesday.
Image: Kgaugelo Masweneng/TimesLIVE

In an interview with the Sunday Times Sassa CEO Memela had assured the country it was all systems go for grant payouts this week.

Her assurances came after Sassa’s system for the country’s emergency Covid-19 support grant crashed during a test run last weekend when 100,000 people tried to register for the R350 grant.

She anticipated 500,000 people would register for the grant in May.

‘Long wait for nothing’

Gladys Mpanza of Pietermaritzburg’s Azalea township was among thousands who returned home on Monday without her grant.

“It was a long wait for nothing. I woke up at 5am for a bus because I knew the lines were going to be long. I arrived at the Shoprite teller only to find there was no money in my card.”

Like many recipients, she was not given an explanation and told to “try again tomorrow”.

“It’s not that easy. Some of us live far away and had to borrow money to travel to town. I am scared that if I do go back I might still not get it.”

It’s not that easy. Some of us stay live far away and had to borrow money to travel to town. I am scared that if I do go back, I might still not get it.

“For most people, their grant money and food runs out two weeks into the month. People are now hungry, desperate and fearful from Monday’s glitches.

“Despite the staggered payments, caregivers will be out en masse to collect their grants tomorrow [Wednesday]. There will still be long queues like we saw in March. The caregivers, who are mostly pensioners, will still be vulnerable.”

She said lockdown and delayed payments had exacerbated people’s hunger because any savings they had had was used up to survive April.

“People will be worse off in May and will be more reliant than ever on social grants. Pensioners are particularly badly affected, because often they are the primary caregiver for a family.”

The South African Human Rights Commission has expressed concern about the circumstances surrounding the provision of social grants to senior citizens ...
News
1 year ago

Smith said it was clear the government did not understand people’s daily experience of surviving.

“A delay of a day means one more day without food. In KwaZulu-Natal, 450,000 people didn’t receive their grants on Monday. That means 450,000 families went without food for another night.”

“We looked at this period because it covers both pre- and during lockdown. The increase is not because there is not enough food, but because of disruptions to food distribution systems, including shutting down informal economies and removing food traders off the street.

She said that while supermarkets had been banned from hiking food prices on many items, bread, sugar beans, eggs and fresh vegetables – which were critical foods – had not been included in the ban.

“We do projections on how long it will take for people to reach the stage of hunger and our projections are way off. People are a lot hungrier than we thought.”

Paula Proudlock, programme manager of UCT Children’s Institute, said they were anticipating a massive rush on retailers, ATMs and post offices when 7 million caregivers arrived to collect their grants.

“Grants have become life and death for many people. Families have been waiting 35 days and cannot wait any longer. There are nearly 14 million children who receive various support grants, and it’s vital that they receive their monies.

“We hope government has learnt from Monday’s mistakes because most grant beneficiaries will have run out of money halfway through April, with lots, whose food parcels are depleted, starving.

“With the Covid grant not yet being paid out, and very strict criteria on who receives it, we are unsure how people will continue to survive.”

It means millions of people would have lost money on traveling and equates to another night without food.

Busi Sibeko, of the Budget Justice Coalition, said that while the government was downplaying the glitches, the ramifications were huge, with the state not having thought of the impact of delaying payments, especially if something went wrong with the payment system.

“It means millions of people would have lost money on travelling, and equates to another night without food.”

Pick n Pay spokesperson Janine Caradonna said they had taken steps to ensure safe shopping and that shelves remained stocked, with pensioners and Sassa grant beneficiaries able to shop exclusively from 7am to 8am until Friday.

Shoprite, in an e-mail, said they would do their best to facilitate social grant payments efficiently while encouraging social distancing to protect customers and employees.

“Security will walk up and down the queue outside the store and offer to spray customers’ hands with disinfectant and only permit 10 people into a store at a time.”

Sassa offices in EL close due to lack of protective gear

While no issues had been reported in the Eastern Cape despite “glitches” in the Sassa payment system, Buffalo City Metro residents wanting to lodge ...
News
1 year ago

These are part of the government’s measures to help citizens during the pandemic.

In addition, a special Covid-19 Social Relief of Distress grant of R350 a month for the next six months will also be paid to individuals who are currently unemployed and do not receive any other form of social grant or UIF payment. – additional reporting by Nonkululeko Njilo and Kgaugelo Masweneng