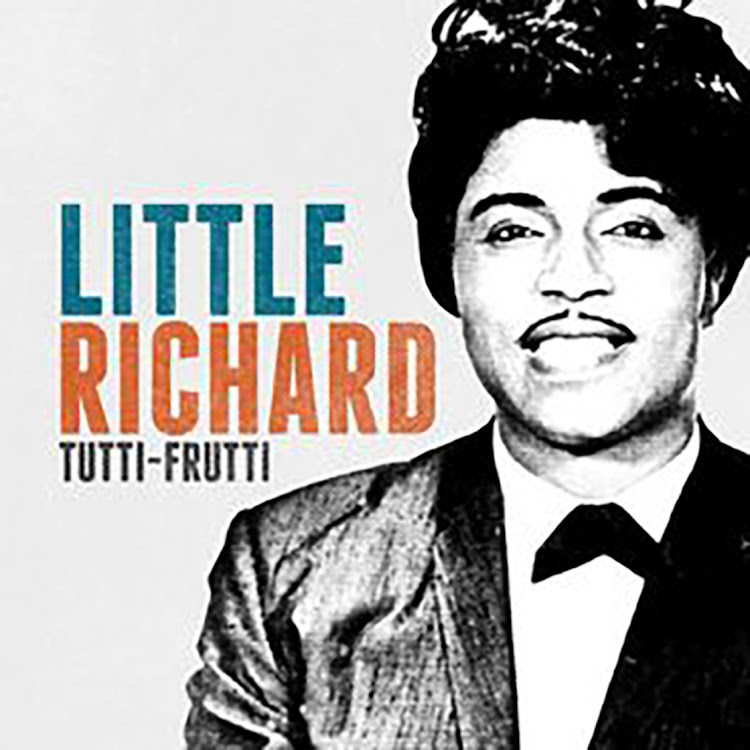 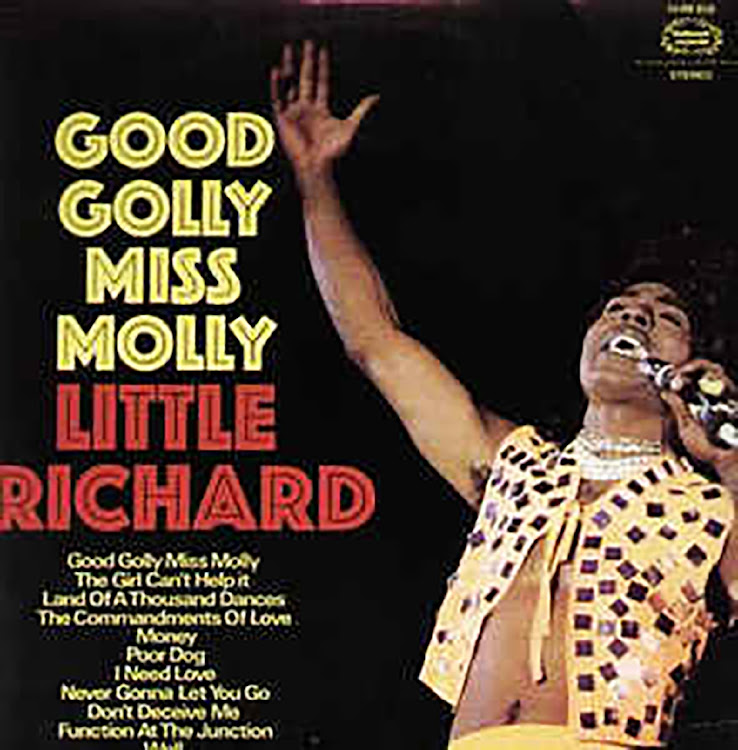 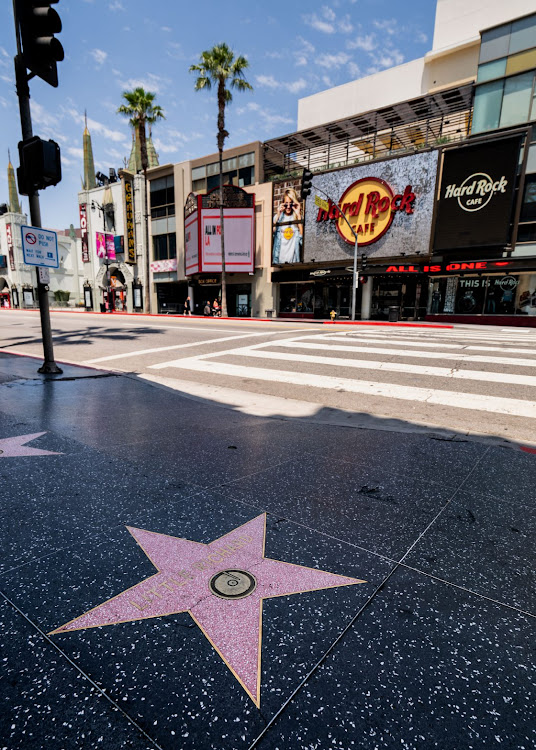 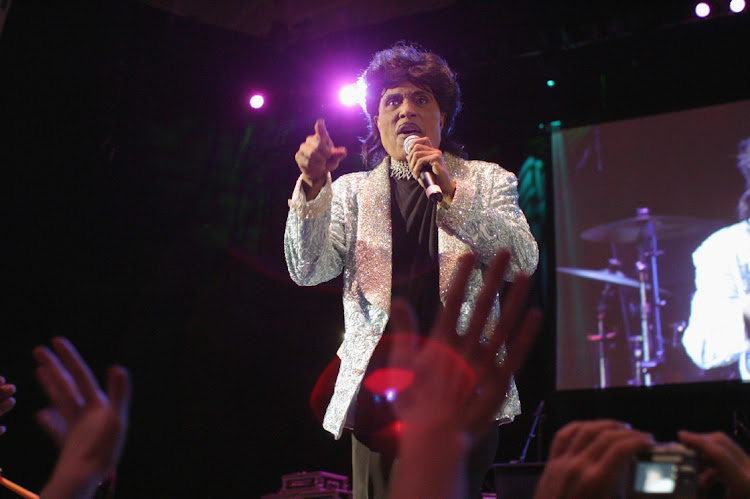 Singer Little Richard performing at the Media Party at the new South Boston convention centre, prior to the opening of the Democratic Convention in Boston.
Image: GETTY IMAGES/ RICK FRIEDMAN 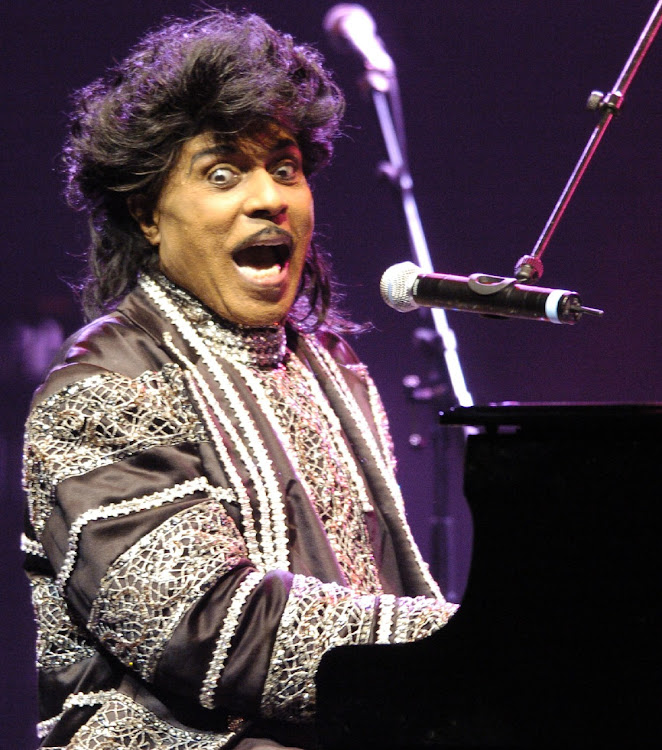 Little Richard, whose outrageous showmanship and lightning-fast rhythms intoxicated crowds in the 1950s with hits like 'Tutti Frutti' and 'Long Tall Sally,' has died at the age of 87.
Image: AFP/ STEPHANE DE SAKUTIN

Little Richard, who has died aged 87, inspired generations of musicians from Elvis Presley, the Beatles and the Rolling Stones to Michael Jackson and Prince, with his outrageous, sexually charged music — a blend of rhythm and blues, gospel and rock 'n' roll, howled in a wild, falsetto shriek and accompanied by his explosive piano playing; he was also the only man ever to claim to be “the King and Queen of rock 'n' roll”.

His stage performances could, as he put it, make “your liver quiver, your bladder splatter and your knees freeze”. While not everyone experienced all these symptoms during his extraordinary live shows (Richard's androgynous poses, with pompadour and exaggerated eye make-up, alienated some among his potential audience), in the fiercely competitive atmosphere of the 1950s he seemed able to produce classic hit singles such as Lucille, Long Tall Sally and Good Golly Miss Molly almost at will.

Tutti Frutti, in particular, became an anthem of teenage rebellion with its powerful, if semantically challenging, opening line: “Awop-bopa-loobop Alop-bamboom!”

Despite his gifts as a singer of blues and gospel, Richard's characteristic vocal style, and that most appreciated by his fans, was his frenzied falsetto. Although not the most fastidious of pianists where technique and phrasing were concerned, he was undoubtedly the fastest — and the loudest (on several occasions beating the keyboard with such ferocity as to break 80 gauge piano strings).

The element of screaming camp in his performances — never understated, even in his early years — became increasingly pronounced with age. At one time his stage clothes included outfits which were, in Little Richard's view at least, approximations of the formal costume of the Pope and of Queen Elizabeth.

In the late 1960s he preferred to be carried into theatres and restaurants in an ornately decorated sedan chair. Richard had the rare gift of being able to transmit his own wildness to audiences, and was the first rock performer to produce full-blown schoolgirl hysteria on a regular basis; in this he paved the way for his most distinguished admirers, the Beatles, whom he also influenced musically (not least by teaching them to sing “ooooooooooh!”).

Richard Wayne Penniman was born on December 5 1932 at Macon, Georgia, the third of 12 children of Bud Penniman, a stonemason and moonshine liquor dealer, and his wife Leva Mae. Richard would later tell his biographer that he was “born deformed” with a disproportionately large head and right limbs shorter than the left. Other boys, he recalled, would call him “faggot, sissy, freak”; his mother described him as “the most trouble” of any of her children.

Like most Southern rock and rollers of his time, Richard began by singing gospel music

Like most Southern rock and rollers of his time, Richard began by singing gospel music. His robust vocal style, however, was not best suited to numbers like Precious Lord and Peace in the Valley, and he was expelled from the family group, the Penniman Singers, as a result of his wild, screaming contributions to their church performances.

At Hudson High School in Macon he played the alto saxophone with the school band and he also learnt the piano. In his early teens he got a job at the Macon City Auditorium selling soft drinks; this seemingly unpromising occupation gave him access to concerts by performers such as Cab Calloway and Sister Rosetta Tharpe, and led him to make his first major public appearance when Sister Rosetta invited him to sing on stage with her.

Richard's sexual orientation had been complicated from an early age; he would later reveal that as a child he felt feminine and after being caught wearing his mother's clothes and make-up he was punished by his father. By the time he was a teenager he was having romantic encounters with both sexes and he also developed a penchant for voyeurism.

When he was 14, gossip about his behaviour reached his parents and after being told by his father that he was “half a son”, Richard left home and attached himself to various touring troupes; with B Brown and his Orchestra he was billed for the first time as “Little Richard”, and with Sugarfoot Sam and his Alabam he performed for the first time as a woman, calling himself “Princess Lavonne”.

During this period he also acquired the image with which he would forever be associated: a huge lacquered pompadour, heavily kohled eyes and thick pancake make-up. By the early 1950s he had established a reputation as a performer on the circuit of Georgia drag clubs. In 1951 he had a local hit with Every Hour and, in the same year, met the infamous piano player Esquerita, an encounter which inspired the singer to include the piano in his act.

His career took a blow the following year when his father was shot dead in an argument over firecrackers, and Richard was obliged to take a job washing dishes at the local Greyhound bus station, although he continued to work semi-professionally in nightclubs, singing mainly gospel and locally popular songs like the classic — possibly inspired by his day job — Rice, Red Beans and Turnip Greens.

By the mid-1950s he was becoming influenced by performers such as B B King and Little Walter, and in 1955 he sent an audition tape to Speciality Records in Hollywood and recorded his first major success — a bowdlerised version of Tutti Frutti, which he had been playing to local club audiences for several years.

The song, reportedly recorded in three takes, was to change his life.

Despite this hit, Little Richard — as he now styled himself — was irked by the fact that his triumph was somewhat eclipsed by the success of inferior cover versions by white artists — notably the clean-living Pat Boone.

For the follow-up to Tutti Frutti, Richard tried to make a record so berserk in tone that Boone would be unable to imitate it. He scored another major hit with Long Tall Sally (and furnished Boone with another gold disc).

“White kids would put my record under the table and Pat Boone's on the table,” Little Richard recalled in 2010.

By now he had developed a somewhat conflicted “moral code” — his obsession with sex was matched only by his passion for the Church — that would come to define his life and work. His sexual appetite was voracious, but he would later refer to his (usually homosexual) sexual encounters as “satanic acts”.

The hits kept coming with astonishing regularity. There were film appearances, notably in The Girl Can't Help It (1956), which included the steamy scene during which he performed a suggestive version of She's Got It to an enthusiastic Jayne Mansfield.

By 1956 celebrants at Richard's debauched soirées began to report that they had been awakened by the sound of their host (who had come under the influence of the Church of God of the Ten Commandments) muttering Biblical quotations; in 1957, in middle of an Australian tour, Little Richard announced his retirement.

With Joe Lutcher, a former saxophone player for Nat “King” Cole, he formed the Little Richard entourage of travelling evangelists and, in an attempt to regain some respectability, married Ernestine Campbell, a secretary, in 1959.

His arrest, however, at the Trailways bus station in Long Beach — which Richard visited for periods “beyond the call of duty” — ended his marriage after less than three years. If the inevitability of his return to the stage was obvious, the location of his second rock and roll conversion — the Gaumont, Doncaster — was less so.

In late 1962 he allowed himself to be persuaded to tour England with the organ player Billy Preston. Members of the audience at the Gaumont, the first venue, eager to have their knees frozen by Good Golly Miss Molly and Rip It Up, failed to appreciate Richard's long religious robe and sanctimonious delivery of songs like the old Penniman Singers favourite Peace in the Valley.

During the interval before his second show that evening, Little Richard watched other performers (including Gene Vincent) with growing jealousy, and on his return to the stage for his second set released five years of frustration with a highly secular reading of Long Tall Sally.

He ended the tour supported by the Beatles at the Tower Ballroom, New Brighton, and the Empire Theatre, Liverpool; Richard then took the group with him to Hamburg. By 1964 he was touring solidly with increasingly outrageous stage shows. He acquired a new guitarist, Maurice James, who was to adopt Little Richard's maniacal stage persona on a full-time basis — with tragic results — once he had established his own group, the Jimi Hendrix Experience.

The power of Richard's live performances allowed him to survive into the early 1970s. His life, though, became increasingly dominated by drink and drugs

The power of Richard's live performances allowed him to survive into the early 1970s. His life, though, became increasingly dominated by drink and drugs. By the middle of the decade he was spending $1,000 a day on cocaine.

Little Richard was “born again” for a second time in 1977, when he became a travelling salesman for Memorial Bibles International of Nashville. He denounced rock and roll as “demonic”, devoted his talents as a performer to the services of the Universal Remnant Church of God and generally shunned the music world (although in 1986 he released a comeback album, Lifetime Friend, applying his traditional raucous vocal style to songs like Great Gosh A'Mighty, and I Found My Way.

With the help of a cosmetic operation to burn away layers of facial skin, he retained an unnaturally youthful, almost mask-like, appearance. There was more surgery in 1985 when he nodded off at the wheel of his sports car and crashed into a telegraph pole; the subsequent operations left him with 36 steel pins in his right leg.

Little Richard's influence extended to artists such as James Brown, John Lennon, Otis Redding and David Bowie — though none ever managed to achieve, single-handed, the colossal energy of Richard's live performances.

Keith Richards of the Rolling Stones remembered his own stage appearance with the singer as “the most exciting moment of my life”. Latterly, following a hip replacement operation, Little Richard lived in Lynchburg, southern Tennessee, where visitors would encounter a large group of burly minders before meeting the man himself.

Lee Angel later denied that the event had ever taken place saying: “I knew Buddy, but I didn't know Buddy that well.” Her friendship with Richard endured for more than 50 years. Although he fathered no children of his own, Little Richard adopted a son, Danny Jones, after the death of Jones's mother.