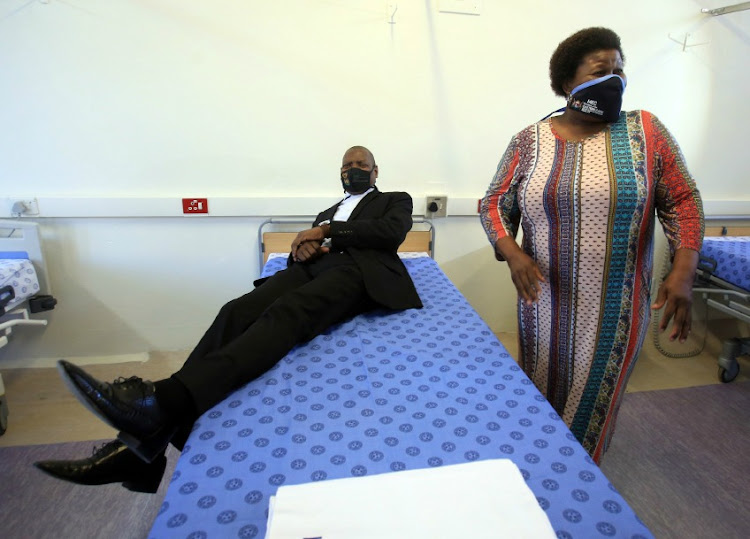 The Eastern Cape  on Friday night had 2,459 confirmed Covid-19 cases with 53 deaths recorded, according to health minister Zweli Mkhize.

There were 1,036 recoveries listed.

Chris Hani, over 300, and O.R. Tambo, more than 200, districts had sudden surges in their confirmed infection counts.

The gap between Buffalo City and Nelson Mandela Bay had narrowed proportionately, with both metros mere days away from 1000 cases each if their new cases numbers continue at the current incline rate.

Of the now 141 cases listed as "imported cases" from other provinces, 122 were recorded as recovered.

The province had 65 people being kept in quarantine, according to the provincial health department.

The latest breakdown of cases in the province, by district, is as follows: 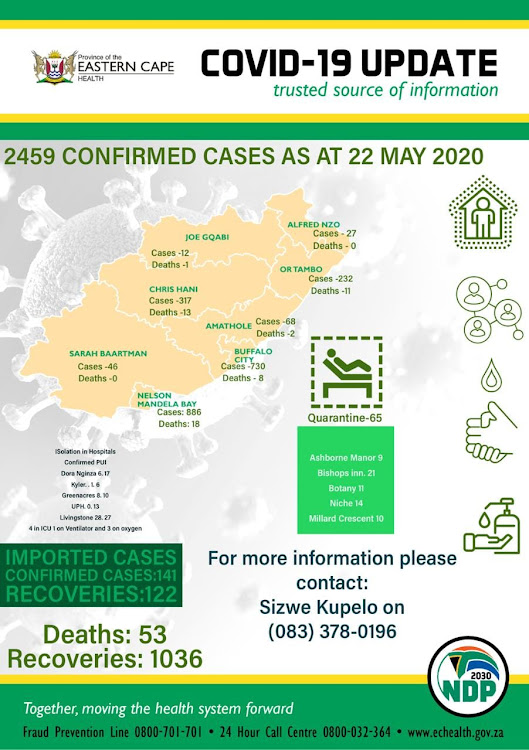