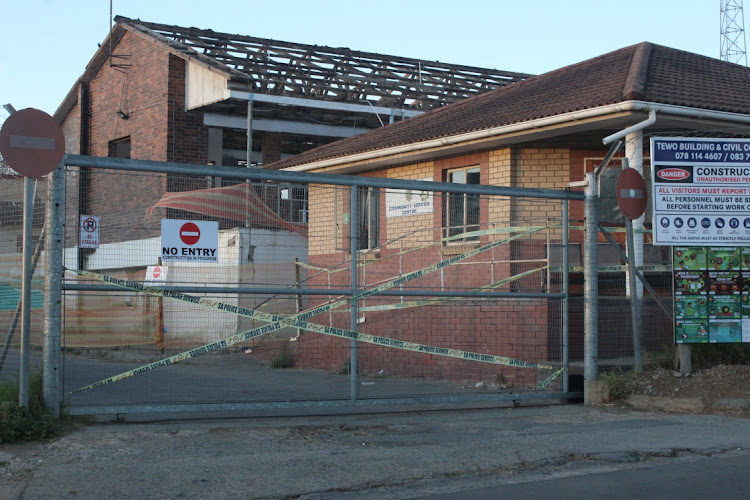 Zwelitsha's SAPS station outside King William's Town is the latest to close after police across the Eastern Cape have been shut to be cleansed after Covid-19 outbreaks.
Image: AMANDA NANO

The Zwelitsha police station is the latest to close for deep cleaning after an officer tested positive for Covid-19.

A 42-year-old sergeant is in self-isolation, and colleagues who have been in contact with the officer are being tested and screened.

“The decontamination is likely to be completed in 24 to 72 hours. However, there are three shifts on duty. The crime prevention unit is working at the community service centre to ensure service is rendered to the community,” Naidoo said on Tuesday.

“The Dimbaza, New Brighton, Willowvale and Whittlesea police stations are now fully operational. All health protocols have been followed and the affected members are quarantined or isolated accordingly,” Swart said.

King William’s Town, Bhisho and Motherwell police stations were decontaminated on May 21. Lusikisiki and Flagstaff stations were expected to reopen by Wednesday.

Swarts said SAPS members who had tested negative for the virus were back at work and those awaiting their results were in self-isolation.

“She has been given a clean bill of health and declared fit to resume her crime combating duties,” Tikana-Gxothiwe said.

Provincial police spokesperson Brig Tembinkosi Kinana said SAPS was co-operating with  municipalities and communities  to  open halls and churches for police to use during decontamination processes.

A member of the Durban SAPS K9 Unit has tested positive for Covid-19, prompting the closure of the specialised unit.
News
11 months ago