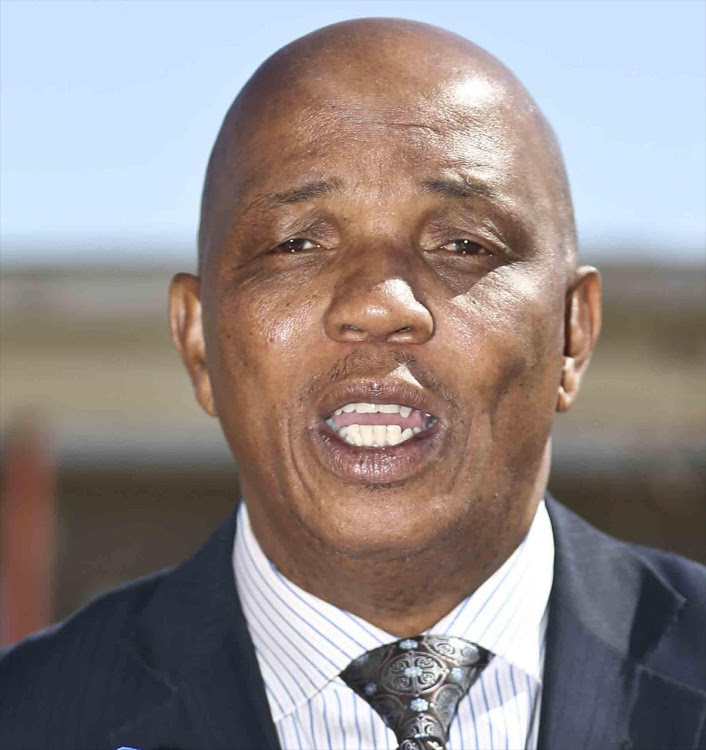 The Eastern Cape health department has been brought to its knees by a crippling stand-off between senior officials and unions, whose members are accused of “doing what they like” despite rising numbers of Covid-19 cases in the province.

Many health workers, including senior doctors, are no longer going to work to treat patients, whether they are infected with coronavirus or not.

People with chronic conditions like cancer are being turned away from some hospitals because doctors are sitting at home.

The Eastern Cape is neck-and-neck with Gauteng for having the second-highest number of coronavirus infections in the country. More than 3,300 cases and 77 deaths had been recorded at the time of writing.

Under-fire department head Thobile Mbengashe says health workers who have been derelict in their duties are now “walking free” because they are protected by their unions.

Mbengashe has called for an urgent “ceasefire” as the fight against Covid-19 can ill-afford tensions between the department and unions.

In at least two hospitals — Victoria Hospital in Alice and Elliot Hospital in Khowa — managers are having to attend to patients themselves because staff are on strike.

Unionised health workers argue they have not been provided with adequate personal protective equipment (PPE) by the department, and are fearful of catching the virus themselves. They have also complained about severe delays in decontaminating their work stations.

But Mbengashe says despite department management engaging employees through all the recognised unions, “workers have no clue of what they are looking for”.

“They called for PPE, we delivered on that. But now, through their unions, they are calling for hospitals to be shut down so they can be decontaminated. This is not going to happen,” he said.

“We are calling for a ceasefire. Unions are recognised by the department but this time we need to work together in fighting this pandemic. We don’t need the health system to collapse. As a department we have been patient with the unions and workers,” he said.

Six nurses at Grey Hospital in King William’s Town, suspended two weeks ago for allegedly not attending to a patient, are now back at work. This was because their services were desperately needed, but their case remained pending, Mbengashe said.

The unions have a very different take, however. They accuse the department’s management of negligence and a lack of leadership.

Miki Jaceni, provincial secretary of Nehawu, said they were deeply concerned about the rising number of health care workers infected with Covid-19. At least five workers have died in the province to date.

“The growing number of infections and related deaths requires a collective effort of everyone working together to develop a comprehensive prevention plan in the efforts against Covid-19. But our calls have been ignored and this has led to a situation of the upsurge in the number of workers contracting the virus.”

“In the light of the state of affairs in the department of health in the Eastern Cape, we are calling on the premier [Oscar Mabuyane] to institute an independent investigation on the circumstances that have led to the current increase of infections across various health institutions in the Eastern-Cape.

“Failure to accede to this reasonable demand will leave this organisation with no option but to mobilise all the members in the health sector to use every possible means to ensure that our union achieves these noble ideals to save our members and the entire department of health from total collapse.”

The Eastern Cape department of health will build, rehabilitate and renovate hospitals and clinics in the next three years, with MEC Sindiswa Gomba ...
News
1 year ago

A nurse at Mthatha General Hospital, speaking on condition of anonymity as she is not authorised to speak to the media, said the department was unable to cope with the health crisis.

“Other provinces are doing OK but here in our province we are overwhelmed by this, there is fear everywhere. Nurses have been literally crying at Mthatha General after their colleagues tested positive. Staff have this mentality that if you test positive you are going to die. No-one tells them what to do. The department is overwhelmed,” said the nurse.

A nurse at Elliot Hospital said managers threatened them with non-payment if they refused to work.

“We have four unions that are fighting for us. Our cries are valid. We will leave our stations and wards if our needs are not addressed. We are human beings.”

Mbengashe said many health workers were afraid of the virus because they misunderstood information about it. They must know that if you are wearing your protective gear, you cannot get Covid by talking to me. I always tell them to wear proper protection.”