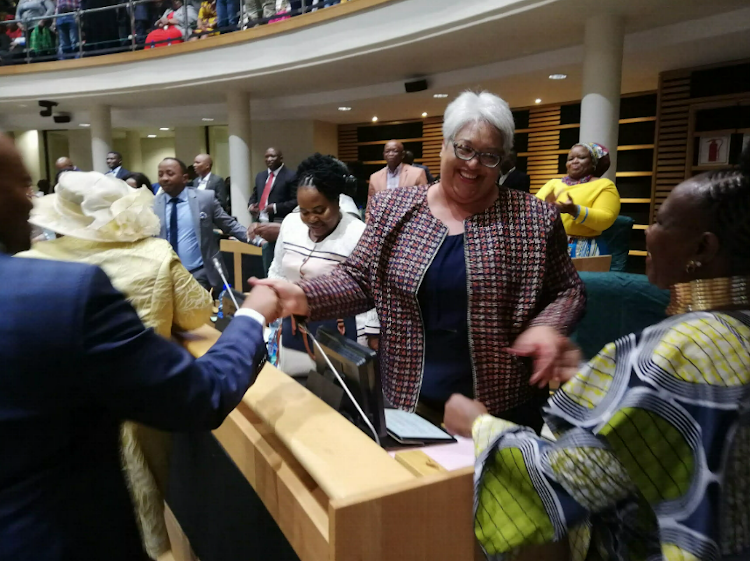 Helen Sauls-August at the Bhisho Legislature prior to the lockdown.
Image: NOMAZIMA NKOSI

The Eastern Cape Legislature has been temporarily closed after an employee tested positive for Covid-19.

This is according to legislature speaker Helen Sauls-August, who said an employee had recently visited the building to finalise work on the procurement of Covid-19 related materials.

She said the official had come into contact with other officials.

“The official concerned was admitted to hospital and discharged on Sunday. She will self-isolate at home.”

“The department of health and the department of employment and  labour have been informed accordingly and the legislature is actively assisting in tracing the close contacts of the employee.

“As a precautionary measure, members of the legislature and employees won’t be allowed in until further notice.”

Sauls-August said the restriction also applied to core staff allowed in during the lockdown.