Aarto delayed due to Covid-19 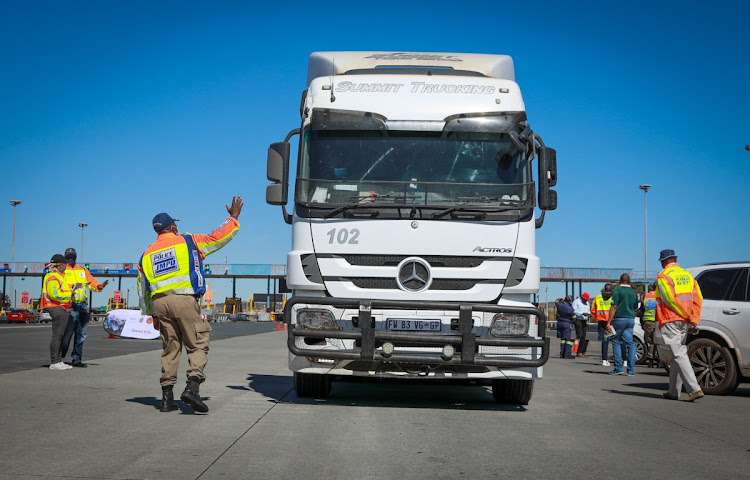 Originally scheduled to start this month, Aarto system has been delayed by the outbreak of the coronavirus lockdown.
Image: SEBABATSO MOSAMO

The Ministry of Transport this week said that the national roll-out of the Administrative Adjudication of Road Traffic Offences (Aarto) bill, which includes the licence points demerit system, has been postponed.

Originally signed into law in August 2019 and earmarked to be operational on June 1 2020, the outbreak of the coronavirus and the continuing lockdown has suspended its implementation.

“The impact of the Covid-19 outbreak has severely compromised the capacity of the Road Traffic Infringement Agency (RTIA), which is the entity responsible for the roll-out of Aarto, as well as other prerequisites determining the roll-out date and has resulted in a severe loss of revenue to support the preparatory activities,” said transport minister Fikile Mbalula.

“For this reason, RTIA is in no position at this stage to successfully conduct the national roll-out of Aarto. The situation will be reviewed in due course for further determination as to when the roll-out date will be promulgated,” he said.

South Africa records about 14,000 road deaths a year and Aarto has been described by President Cyril Ramaphosa as an act that “promotes responsible behaviour on our roads through the creation of a demerit system, which introduces meaningful consequences for reckless, negligent and inconsiderate conduct".

How it works is that every licenced driver will be allocated 12 points, which will be lost when drivers violate road rules, along with being issued a fine. How many points are lost depends on the severity of the infringement.

The licences of drivers that exceed 12 points will be suspended for three months and licences that have been suspended more than three times will be cancelled. Offenders will have to start afresh and use existing process of applying for a new driver’s licence.

In extreme cases of flouting the law, like driving under the influence of drugs or alcohol, a driver can have their licence revoked on the spot and sent to jail.

The Organisation Undoing Tax Abuse (Outa) has opposed the bill, saying it would not improve road safety, is logistically cumbersome to the point of being potentially unconstitutional, and that it paves the way for corruption.

“Outa believes that traffic fatalities are largely due to poor enforcement of traffic laws, a lack of traffic infringement management and a variety of problems in the management of vehicle and driver licensing. Aarto is not designed to address these problems,” said Outa.

“We’re not opposed to sanctions against bad driving or the demerit point system. However, this scheme is flawed in its administrative processes, constitutionality and ability to reduce road fatalities,” said the organisation.

It hasn’t been confirmed when Aarto will take effect.