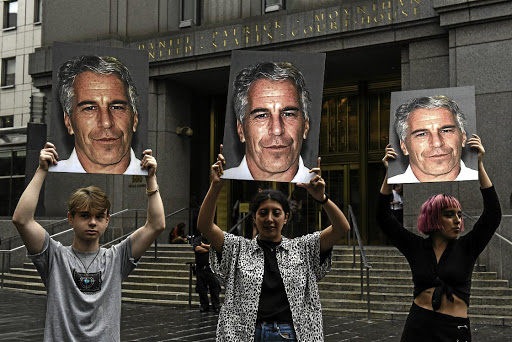 One of the women featured is Sarah Ransome, a South African woman who alleges that she was one of Epstein's victims.

Epstein was a well-known US financier who had strong ties with celebrities and politicians including President Donald Trump, Prince Andrew and former president Bill Clinton. He was a registered sexual offender.

According to Sowetan's sister publication TimesLIVE report, Epstein, in 2008, pleaded guilty to two counts of soliciting prostitution from a minor and was sentenced to 18 months in prison, though he only served 13 before he was granted a work release.

Jeffrey Epstein: Filthy Rich details how he allegedly used his power, wealth and connections with high-profile people to exploit and abuse women, some of whom were underage

In 2019, he was arrested and charged with child sex trafficking.

Jeffrey Epstein: Filthy Rich details how he allegedly used his power, wealth and connections with high-profile people to exploit and abuse women, some of whom were underage. His accusers allege he ran “a sexual pyramid scheme” from his Palm Beach mansion.

His accusers include Virginia Roberts Giuffre, who claims she was raped by Epstein and Prince Andrew, who has long denied the accusations, according to The Rolling Stone. Epstein's former employee Steve Scully recounts a time he saw Prince Andrew and a topless Giuffre in a swimming pool. He didn't know who she was until he saw a picture of her.

Ransome, according to CBS News, had moved to New York from South Africa, to study fashion. She was 22 years old when she met Epstein in 2006. She said she was raped on the first day of her visit to the island. “I was called into the bedroom and then raped, and there was no way of escaping the island.”

In her interview with CBS News, she further implicates two women who allegedly enabled Epstein to abuse her – Ghislaine Maxwell and Sarah Kellen. Maxwell has repeatedly denied the allegations, while Kellen apologised for playing a part in the abuse of Ransome. Neither Maxwell or Kellen have been charged.

In August last year, Epstein died by allegedly committing suicide in his lower Manhattan jail cell. Many speculated that he was murdered by high-profile friends who feared they would be implicated in his scandal, but according to CNN, Epstein was alone when he died in his cell.

The Washington Post quoted experts who revealed his autopsy found broken bones in his neck, which could have resulted from a suicide or death by strangulation.