UCT slates research paper by prof, says it is offensive to black people 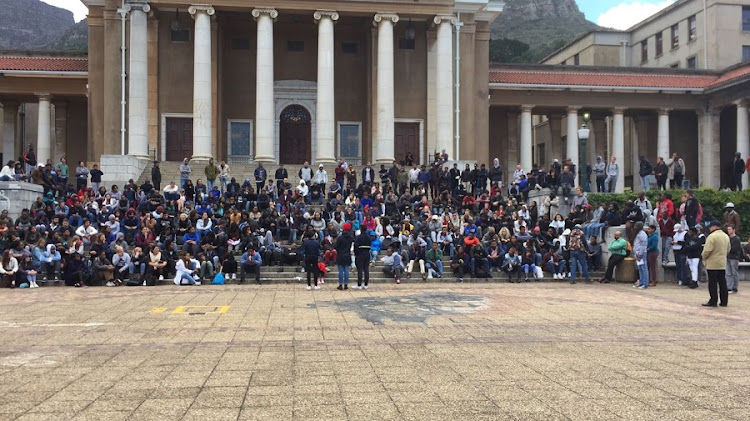 The UCT executive said the research paper was offensive to black students at the university and to black people in general. File photo.
Image: PETRU SAAL

The executive of the University of Cape Town (UCT) on Friday distanced itself from a paper written by one of its professors.

It said the paper, published in the South African Journal of Science, was also offensive to black people in general and to any academic who understands the quality of research is inextricably linked to its ethical grounding.

The UCT executive said it was concerned that the paper, dated May 27, had methodological and conceptual flaws that raise questions about the standard and ethics of research at UCT.

The executive said it was investigating the matter.

A social media storm has erupted with allegations of racism at Durban’s oldest and most elite girls' private school, Durban Girls College
News
1 year ago

The Black Academic Caucus at UCT expressed outrage on Thursday at the publication of the two-page article. It said 211 UCT students were interviewed in the study. Of these, 114 were black South Africans.

The caucus said this unit of analysis did not justify the gross generalisations made about black South African students at all universities.

The caucus said the author acknowledged this sample was not representative of UCT students.

Natrass, it said, had justified the study by saying: "However, the data allow for some exploration of attitudinal differences between black South Africans and others - and whether this correlates with ever having considered studying biological sciences."

The UCT executive said the paper was constructed on unexamined assumptions about what black people think, feel, aspire to and are capable of.

"The commentary by Prof Natrass offers an example of research that is unable to examine the historical and ideological roots of academic disciplines, and that is equally unaware of the role that power differentials have in closing or opening possibilities and choices in the life of individuals and communities," the executive said.

The executive said it welcomed rigorous and respectful debate on all issues pertaining to transformation. It also endorsed the right of critical review and response to published academic work, including in this case, commentaries  and the right of reply in these academic forums.

"We affirm our commitment to dealing with any instances of racism, sexism, discrimination of any sort or any unethical behaviour.  The executive distances itself from the content of the paper."

The Black Academic Caucus said UCT, the responsible faculty ethics committee, the South African Journal of Science and the reviewers of the paper have to explain why they allowed such harmful research to be conducted and the results to be published.

A Walter Sisulu University (WSU) staff member at the Buffalo City campus in East London has tested positive for Covid-19.
News
1 year ago