Man arrested after 'suffocating mom and storing her in cement'

Quiet stretches across the empty street on Taft Avenue in Brakpan, Ekurhuleni, where the locked white gate of a peach-walled home is adorned with flowers.

This is the house of the 79-year-old woman who was allegedly murdered by her 50-year-old son, Robert Davie, and a 17-year-old accomplice.

The woman's name has not been revealed, as per the family's wishes, said the police.

A 54-year-old man was arrested after he allegedly murdered his mother and dumped her body in a drum of cement, Gauteng police said on Tuesday
News
1 month ago

“The man was interrogated and he confessed, saying he suffocated his mother to death with a pillow while she was asleep,” said Van Staad.

“He then mixed cement in a drum in the yard and forcefully pressed her lifeless body into it. Forensics found her body after cutting open the drum.”

While at the house on Friday, police also found a newly purchased television set, which Davie claimed he had bought for his mother.

Davie and the teen - who cannot be named as he is a minor - appeared in the Brakpan magistrate's court on Wednesday on murder charges. They will return on June 17 for a formal bail application.

“The main suspect was remanded in custody, while the 17-year-old was handed back to his parents,” said Van Staad.

When TimesLIVE visited the house on Wednesday, pictures had been hung on the gate in remembrance of the woman, with small candles placed on the ground. All that could be heard were dogs barking from neighbouring homes. 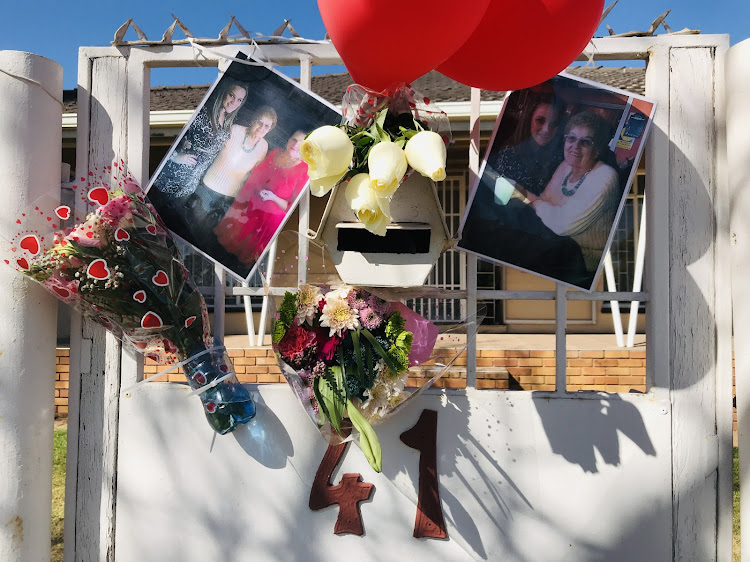 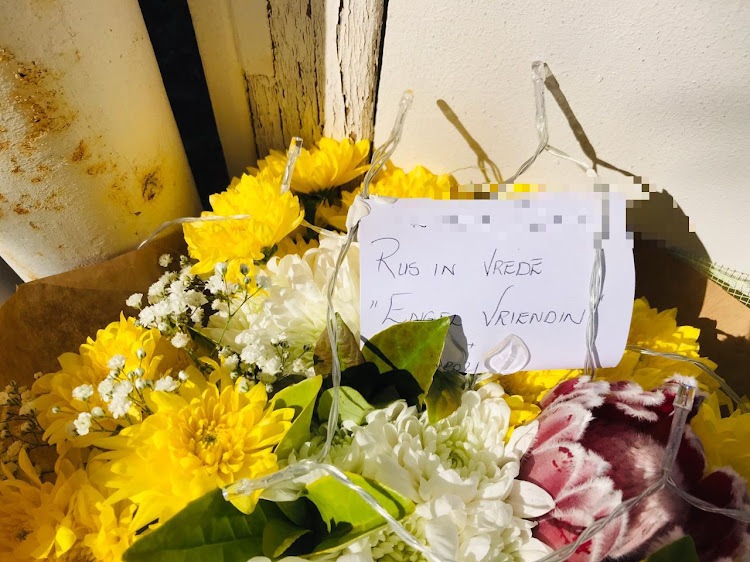 Alleta de Waal has lived in Taft Avenue for 60 years and was the dead woman's neighbour for 15 years.

She said she went to school with Davie's ex-wife, who apparently filed for divorce because he had a previous conviction.

Van Staad confirmed that Davie has a criminal record related to sexual offences.

De Waal said of the murdered woman: "She was a cheeky old lady. She wasn’t a meek woman, but when it comes to her son she was very gullible. He could do no wrong in her eyes. She even sat beside him during his trial.

"She loved him so much. He was unemployed and lived off [her] for the past two years or so that he’s lived with her."

She added that the woman was a good neighbour. “Every winter she knitted gloves for my children. This winter their hands will be cold. We haven’t received this year’s batch. I’m sure she was busy knitting them. She would bring us cakes from church because she didn’t want to waste food.

“Her husband died 15 years ago. I have been staying in this area for 60 years. It’s scary that something like this can happen so close to me.”

The incident has been traumatic for her and her family. “I didn’t sleep ... I don’t feel safe,” she said.

“My husband said he couldn’t believe it because the son came to him and seemed concerned that she was allegedly missing. He said he went to police stations, mortuaries and hospitals looking for her. He said he was worried.”

The cement used in the crime was troubling for De Waal because when renovations at her house were paused during lockdown due to hardware stores being closed, her husband had asked Davie to sell it to them - but he refused.

“Now I wonder if he didn’t have the idea the whole time. The boy was in the yard since Thursday night. I asked my husband, if he thinks his mother was coming back, why he had someone sleeping over,” she said.

Another neighbour, who identified himself only as George, said he has been living in the area for 20 years and saw nothing suspicious as the neighbourhood was quiet.

“People here mind their own business. She was neighbourly and didn’t have any problems. I knew her husband too. They were good people,” he said.

“I can’t really say much about their son.”