Medical motorbikes in Eastern Cape ‘not a scam’: Zweli Mkhize 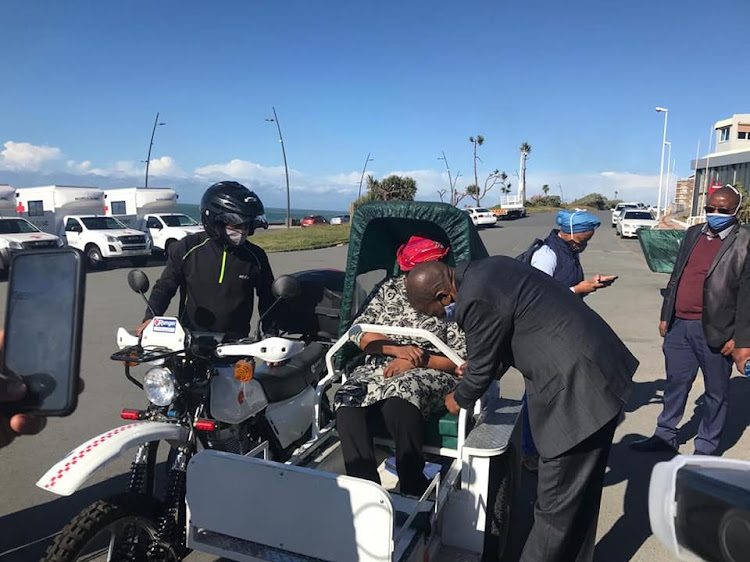 Health minister Dr Zweli Mkhize has once again defended the medical motorbikes rolled out in the Eastern Cape last Friday.

Mkhize said they were not a scam.

“If people think there’s something wrong or corrupt, then they can give us information and we will deal with that,” he told Power 98.7 on Thursday morning.

The government on Friday unveiled 100 of the specially adapted motorbikes which can ferry patients either seated or lying down, and are covered to ensure they are waterproof.

They were scorned on social media with people querying the type of care that would be delivered by the personnel and whether they would be able to traverse Transkei roads. Questions were also raised over the cost of the vehicles and to whom the tender was awarded.

The dignity and health of our people remains a top priority, and we will continue to explore all avenues to ensure that even the poorest members of the community enjoy the right to quality health care

The bikes are intended to help health personnel doing field work and home visits and are not intended to replace ambulances, the ministry explained previously.

“The members of the community end up having to put an individual in a wheelbarrow or walk a long distance while carrying a patient until they reach a road where the ambulance can go.

“The dignity and health of our people remains a top priority, and we will continue to explore all avenues to ensure that even the poorest members of the community enjoy the right to quality health care,” the ministry said.

On Thursday, Mkhize said the thought that some South Africans were not adhering to the Covid-19 restrictions gave him sleepless nights. He reiterated that the lifting of the alcohol ban was still a cause for concern.