‘We live in a reign of terror’: both violence, virus stalk Cape townships 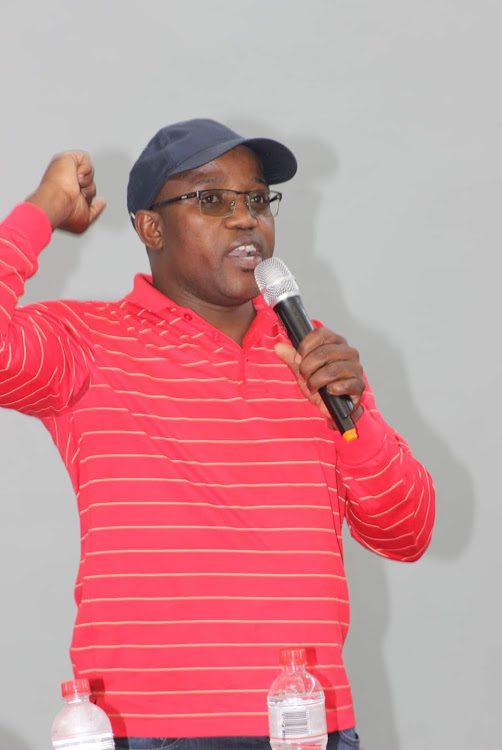 In Cape Town’s townships, where Covid-19 has taken hold recently, the fear of the gun still reigns supreme.

Wednesday evening’s murder of the SACP’s Siyabulela Siswana, secretary of the Brian Bunting district, and his daughter, six-year-old Banele, in Mfuleni left his colleagues paralysed. To them, it was an assassination.

SACP provincial secretary Benson Ngqentsu said he was worried about the growing modus operandi of unknown gunmen carrying out political killings in the Western Cape, leaving fear and silence in their wake amid an absence of convictions.

If you look at the modus operandi of how people are killed in the Western Cape, you get worried.

“Who pulled the trigger? We are deeply interested. And why? We want that person to be arrested before we bury Siya,” said Ngqentsu.

“If you look at the modus operandi of how people are killed in the Western Cape, you get worried. We leave this in the hands of the police to investigate.

“However, we are not necessarily optimistic. Let me tell you why. You can look at a number of cases in the Western Cape wherein leaders were eliminated through this same modus operandi. I haven’t read a report about the arrests of those perpetrators.”

He said neighbours heard bangs at the time of the double killing, but thought it was the sound of building work being carried out at the Siswana residence.

“He was a community leader in that area and a former ANC member in the branch there. He was an embodiment of the alliance. Siya was at the forefront for the struggle over the pit-water system in his community. Siya has been in the fight against corruption over the completion of houses in his area. He took some of the matters to the public protector years back,” said Ngqentsu.

This is not the only killing to haunt the area.

Across the N2 highway in Philippi, a nameless, faceless horror stalks the community after seven people were killed on Tuesday.

The details, according to once-vocal community leaders who are now too afraid to put their names behind their statements, are chilling.

A Western Cape SA Communist Party district secretary and his daughter spent their last moments playing with toys in the living area of their home in ...
News
2 years ago

When police arrived at the crime scene inside a house in Block 4, Philippi East, they found four men lying dead in pools of warm blood after they were gunned down on Tuesday afternoon. A fifth died in hospital.

The shooting happened at the home of Sive Thomas, who worked at a gym in Constantia.

A family member, who asked to remain anonymous for fear of their life, said Thomas and his friends were known to the community as “nice and humble” young men.

“They were very nice to the community. The skollies robbed Sive, and then they came to the house,” said the family member.

They said that despite police patrols in their area, they were not staying at their home out of fear that the criminals may come back.

“We are still scared we didn’t sleep at our home. Even now I’m going to sleep somewhere else. People are too afraid to talk. This place is very dangerous.”

A Western Cape SA Communist Party district secretary and his daughter have been “cowardly” assassinated, the party said on Thursday morning
News
2 years ago

According to various community leaders, the men were killed for confronting thieves after they were robbed of their cellphones earlier in the day.

“These men were coming back from work when they were robbed by these boys. The men went to a friend of the boys who robbed them and said he must let those boys know that they want their cellphones back.

“Then, seven of those boys arrived at the house in a Toyota Avanza. They walked into the house where these young men were sitting together and playing PlayStation, and shot all of them,” said a community leader.

Another said the Philippi East “boys” were believed to be affiliated to the same grouping of young men, sometimes grouped together as a gang, who were responsible for the mass shootings in Marikana informal settlement in 2017. Eleven people were killed in that incident. They were also reportedly linked to the Marcus Garvey mass shooting last year, which resulted in the deaths of six women.

Another community leader said after they spoke to the media about the killings they were followed and intimidated by the young men.

We live in a reign of terror here.

“It’s bad. I could have this interview with you and tomorrow they will search for me. Those guys ask you who were you talking to and they will silence you. We live in a reign of terror here,” said a community leader.

He said the ruthlessness of the criminals had transcended anything they’d ever witnessed, to a point where people were silenced for complaining in public forums about crime.

“If you start to raise your voice, you are out. And they make sure it’s done in such a way that everyone knows. [If] you dare talk out, this is what happens to you.

“The statement they made with these guys was: ‘We took your things, why are you looking for it?’ And they are not going to be caught anyway,” said the leader.

The police officers who arrived at the murder scene were fresh out of a firefight with a group of young men involved in a gun battle in Thekwane Road, Lower Crossroads.

“One gunman had just shot and killed a 19-year-old man. Upon seeing the police, the gunman fired several shots at the police, who returned fire and shot the suspect. He died on the scene,” she said.

Potelwa said police were investigating whether the two incidents were linked.

“A team of specialist detectives that deals with serious violent crimes is probing two shooting incidents that occurred in Philippi East within the Nyanga Cluster on Tuesday. Currently the team is interviewing several individuals pertaining to the shooting incidents that saw six people killed in the township yesterday,” she said.

Secretary Goodman Mitileni said on Thursday that the party would not associate itself with the reinstatement of those implicated in the VBS heist ...
Politics
2 years ago

“The resources assigned to these investigations are expected to give us arrests and much-needed answers to these heinous acts,” said Matakata.

Nyanga Community Policing Forum chairperson Martin Makazi said the community was left to its own devices, assisted only by their overworked and understaffed police stations.

“How long must the people from Philippi East, from Marikana, live in fear? Why is there no plan from government? The frustrating thing is every time these things happen in that area the only people you see trying to work with the people in these communities is the SA Police Service. You don’t hear anything from other government agencies. Are the lives in those areas not important to them? I feel for the SAPS,” said a frustrated Makazi.

Western Cape MEC for community safety Albert Fritz condemned the killings: “These criminal acts leave community members traumatised, fearing for their lives whenever they leave their homes. Nobody should live this way. I wish to extend my heartfelt sympathies to families and friends of the deceased.”