Cancel the school year 'for the sake of our children': Jonathan Jansen 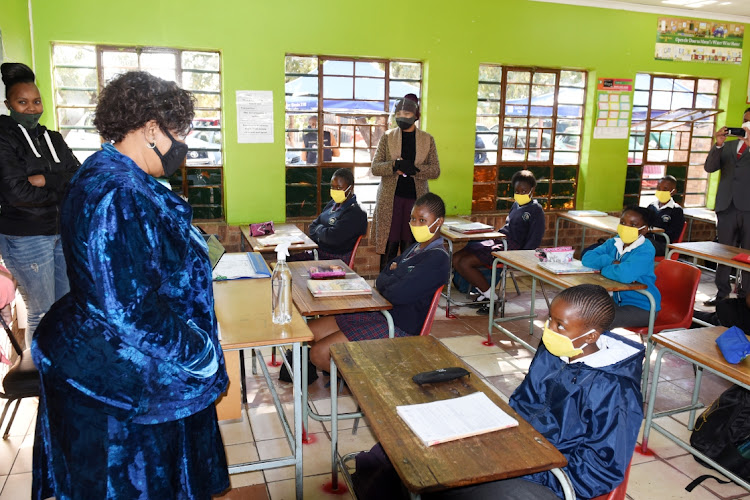 By now you must realise that, despite your best efforts, you cannot salvage the academic year. In fact, by the time the last grades return to school (grades 5 and 8), per your government gazette of July 7 2020,  it will be August 31, which means the year is effectively over, as schools enter the downhill sprint in preparation for final examinations.

It is not entirely your fault. You could not have foreseen the spikes in rates of Covid-19 infection and death long before the expected peak later this year. There was understandable pressure on you to cover the curriculum and complete the year-end examinations. Who wants to deal with the messiness of this disruption for university entrance without the evaluation benchmark provided by the national senior certificate? Or the enormous staffing and material costs of designing a hybrid (mixed-grade) curriculum for 2021? I get it: life would be so much simpler if we could salvage the academic year.

Unfortunately, minister, you cannot dictate academic terms to a novel coronavirus. Teachers have died. Principals have been on ventilators. Children have been infected. Non-teaching staff have become seriously ill. In response, schools opened and closed and opened again, causing huge disruptions to the timetable. Often parents kept their children at home, so attendance in the returning grades was anywhere from 20% to 80% in many schools. You have no control over an invisible virus, an anxious parent or an angry teacher who believes, rightly in my view, that a congested place, such as an under-resourced school, is a dangerous place for teaching and learning.

The problem is that the longer you wait to do what is now organisationally inevitable, the greater the political embarrassment to yourself and the government, and the greater the threat to human lives. You need to have the courage of the Kenyan education minister, George Magoha, who this week announced that the schools in his country will close until next year and that there will be no examinations. Kenya has fewer infections and deaths than SA, but its reasoning is rock solid: the curve of infections is likely to only flatten in December.

My advice is that you take the pressure off the system and declare the normal school year over. Then make plans to provide teaching and learning on an organised schedule between now and the end of the year. You do not have to worry about the well-established schools; they will continue to provide safe on-campus teaching for their limited numbers and simultaneous online teaching for those children whose parents decide to keep them at home. That group of children, including your grandchildren, have parents and schools who will take care of themselves.

Your primary mandate is to serve the children of the working class and the poor. Among the many immediate solutions to disrupted learning, the most practical is broadcast education supported by printed learning support. A study has shown that the available channels are limited in the analogue mode (SABC) and completely erratic in terms of time scheduling and curriculum sequencing on the digital platform.

There is enough goodwill among expert planners and designers to create such broadcast content programming for all grades, as well as well-designed learning materials that run in tandem with specific topics broadcast on radio and television on specific days. Then launch a community education programme via the schools that briefs parents and family members on the new delivery platform so that in all dwellings children will be allowed to access these programmes without the inevitable competition for access to the television or radio.

I know the political ego, minister. It is very difficult to stand down from earlier commitments to reopen schools “no matter what” and especially when critics (I confess to being one of them) warned a long time ago that we would reach this inescapable point — that the academic year is over and certainly cannot be completed as planned.

But you have to do this for the sake of our children, our teachers and our vulnerable communities. If you do not, the tragedy of spiking illnesses and deaths in schools between now and the end of the year will become an unfortunate blight on your record.