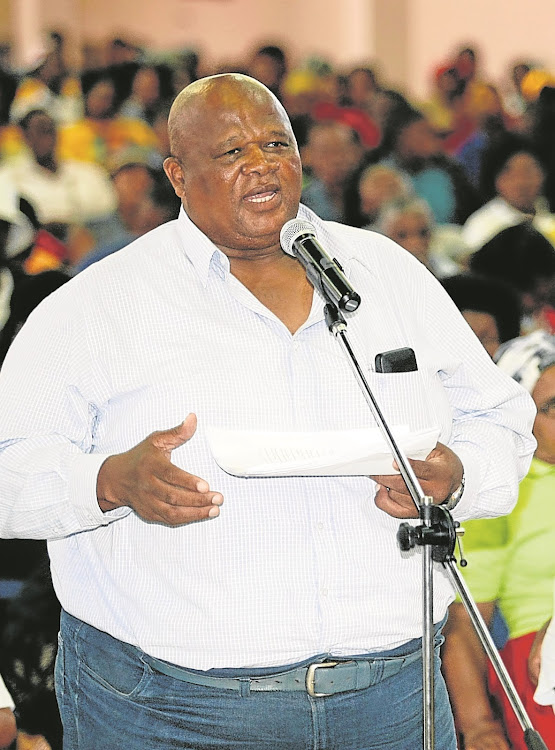 A jazz lover and a dedicated, loyal member of the National Union of Metalworkers of SA who had faith in the working class until his last day.

This was how Phumzile Nodongwe, 59, a former Numsa Eastern Cape regional chair and secretary, was described by those closest to him on Thursday.

Nodongwe was remembered as a man who took pride in his appearance and loved to laugh and tell jokes.

The father of five was a committed family man  and drove with his wife, Balulwa, to Cape Town every year for the annual jazz festival.

His daughter, Zimkhitha, said her father did not like chaos and hated to see other people suffer when he could help them.

“He loved his children and family.

“He didn’t like to see others suffer and though he was a very popular person, he didn’t like attention being on him.

“Even when he was sick, he was still considerate of other people and was concerned about worker’s struggles,” Zimkhitha said.

Nodongwe was admitted to hospital with chest pains and died a week later.

Zimkhitha said he had also had renal failure.

“He went to hospital because he was suffering from back pain and, when he arrived, was tested for Covid-19, and the results came back negative.

“His lungs began to fail and he took a second [Covid-19] test which came back positive.

“One of the most painful things is that we couldn’t really see him and spend time with him.

“However, on Saturday, my mom, who had visited him, called to say we must come and visit as he was not doing too well.

“We saw him briefly before he died on Monday,” Zimkhitha said.

Numsa general secretary Irvin Jim said the whole trade union family had lowered its banners for the loss of a “revolutionary comrade and friend”.

“In comrade Nodongwe, we lost a mature, reliable comrade, a family man, an organic intellectual, a revolutionary and an activist who served Numsa from the shop floor and was elected into leadership.

“In comrade, big man Phumzile Nodongwe, figuratively and politically, we lost a Kilimanjaro of a man, a towering inferno of metal workers, a rugby player who loved sport and a man of humanity,” Jim said. 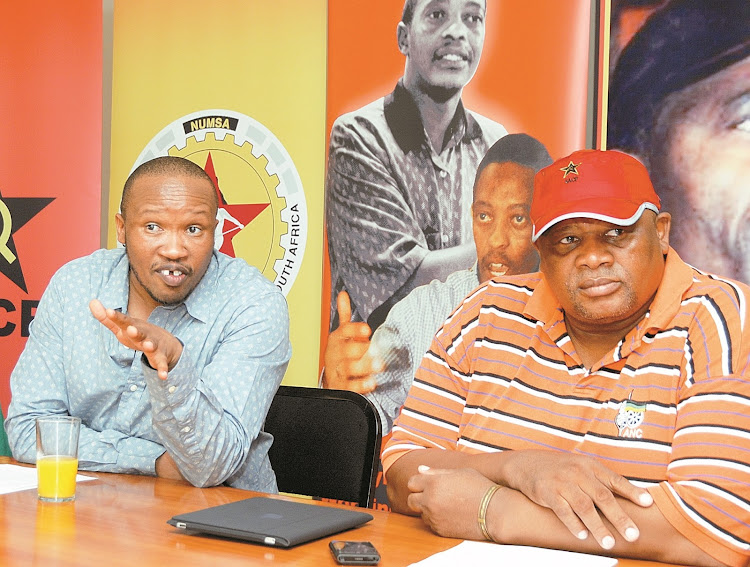 “Nodongwe’s revolutionary consciousness and militancy was shaped by Numsa members at Continental Tyres who remain loyal in building Numsa as a fighting union that continues to advance the interest of workers across all sectors of the economy.

“He served, he led and he fought side by side with Numsa for most of his life.”

Former Bay mayor and Numsa leader Zanoxolo Wayile said he had first met Nodongwe in 1989 when they were both employed at Continental Tyres.

Wayile, a former Continental Tyres shop steward, was initially employed as a tyre builder during SA’s transitional period from apartheid to democracy.

“The winds of change were blowing during that period,” he said.

“He [Nodongwe] came in at a time when racism was rife and workers complained that black employees were being given training opportunities.

“Between 1997 and 1998, we were elected as shop stewards and, before that, Phumzile had long been a loyal and dedicated member of Numsa.

“When we came in, we had an obligation to continue and sustain the legacy of shop stewards who came before us.

“At this time, there was a lot of division among workers and shop stewards which were caused by outside civil movements.

“One of the milestones we managed to achieve was to bring unity amongt workers, because the situation nearly cost lives,” Wayile said.

He said Nodongwe was not afraid to face workers during wage negotiation periods when the union had made compromises.

“He was able to explain difficult situations to workers and they listened to him because he never shied away from difficult topics and situations.

“He confronted things head-on and was not afraid to voice his opinions.

“He was a dynamic leader who had faith in the working class until his last day and was uncompromising about Numsa’s political independence even when we were an alliance partner of Cosatu and the ANC,” Wayile said.

Numsa regional secretary Mziyanda Twani described Nodongwe as kind, observant, not opportunistic and a leader who listened to his constituents.

“He served in that position until 2011 and, in 2012, was elected the regional secretary.

“From 2016 until his death, he served as the Numsa local organiser.

“We will miss his courage to service workers,” Twani said.

Nodongwe is survived by his wife, children and 10 grandchildren.