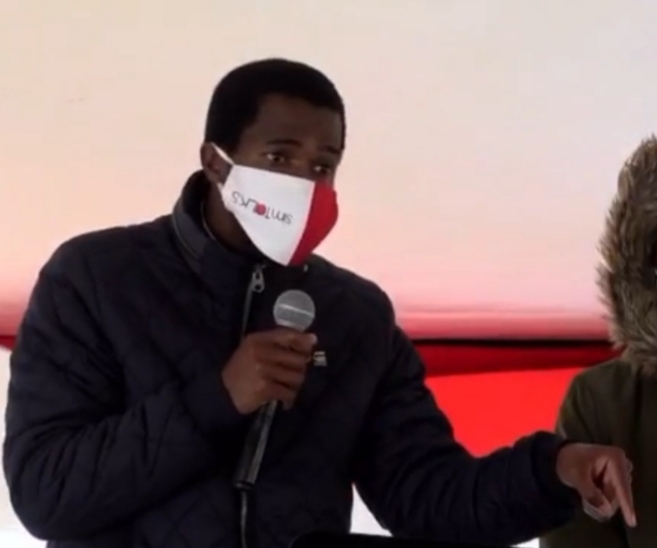 An Eastern Cape doctor was forced to leave his father’s funeral on Saturday when mourners gathered in mass at the service in Mqanduli, a village just outside Mthatha.

Simthandile Toni said he had asked parishioners from the church which his father, Phathuxolo Toni, attended to send only three people.

However, he quickly realised this request had been ignored by the congregants.

“It was obvious there were more than 50 people in attendance,” Toni said.

“I tried to ask people who weren’t invited to please leave due to the Covid-19 pandemic and told them we were under investigation ourselves for the virus.”

“I then left as a means of reducing the numbers and we were informed via a phone call later that two people had tested positive after the funeral.”

Funeral parlours in the Eastern Cape are struggling to cope with the influx of corpses as Covid-19 sweeps through the province.
News
2 years ago

He said what happened at the funeral clearly showed that those living in the rural areas did not adhere to the Covid-19 regulations.

“We told people we wouldn’t have vigils, but my father was a community leader and this community wanted to show support for our family, but this proved to be a challenge.

“Culture dictates that people should come to show support, but we invited only three people from the church.

“We had to make one of the toughest decisions because we chose 47 family members to attend instead.”

Toni said that after they fetched his father’s body from the mortuary he had been buried immediately.

He said the mourners had simply refused to leave.

“Due to the number of people, the service dragged on for three hours.

“People in the rural areas don’t adhere to social distancing and I decided to educate them.”

Toni lectured the mourners at his father’s funeral.

“The people from my community are now educated.

“How can they say our government isn’t helping when they are not playing their part? My plea to communities is that we should take the lead.

“The funerals in Bloemfontein, Ngcobo and Port Elizabeth show how the virus can spread easily.

“People must please adhere to the regulations,” Toni said.