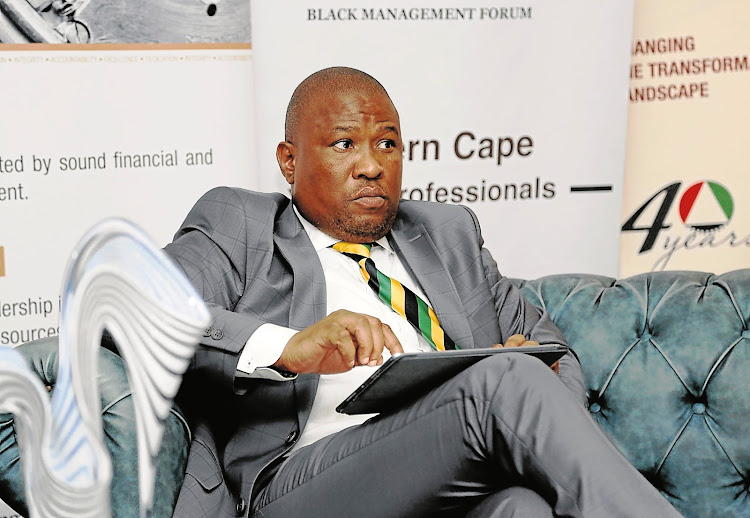 The elite investigators, Mabuyane said, should also investigate allegations that in May the council paid R4.8m to Phathilizwi Training Institute for a door-to-door Covid-19 awareness campaign.

On Sunday, the Sunday Times reported that the OR Tambo District Municipality had been invoiced R4.8m by Phathilizwi after the company had claimed to have conducted a door-to-door campaign that reached 6,400 people.

In the letter, Mabuyane said: “The allegations of impropriety relate to matters of irregular expenditure amounting to R1.4bn as contained in the auditor-general’s report for the 2018/19 financial year as well as suspected corrupt practices within the municipality as widely covered in the media within the past few days. For the allegations to be properly investigated and ventilated, I request that the president tasks the SIU to investigate the allegations of impropriety in the affairs of the OR Tambo District Municipality.”

The investigation was in the public interest and was intended to secure state assets and public money in that municipality, said Mabuyane.

“I shall be pleased to discuss any concerns the president may have in this matter,” he added.

The company’s director Phumza Gambule could not be reached for comment.

On Saturday last week OR Tambo municipality spokesperson Xolile Nkompela had told the Sunday Times that the council had launched an investigation into Phthilizwi’s May door-to-door campaigns. “All such campaigns are managed in my office, but I cannot say if this did take place and what was done. I was assured that this matter has not been paid,” Nkompela had told the Sunday Times at the time.

Nkompela had promised to involve law enforcement agencies should corruption be detected. “My office wants to root out all corruption in this institution,” he said at the time.

Phathilizwi had claimed to have conducted the May door-to-door campaign in Majola in Port St Johns, Hole in the Wall, and Tubase in King Sabatha Dalidyebo Municipality, Libode and Ngqeleni in Nyandeni Local Municipality and Etwa in Mhlontlo Municipality.