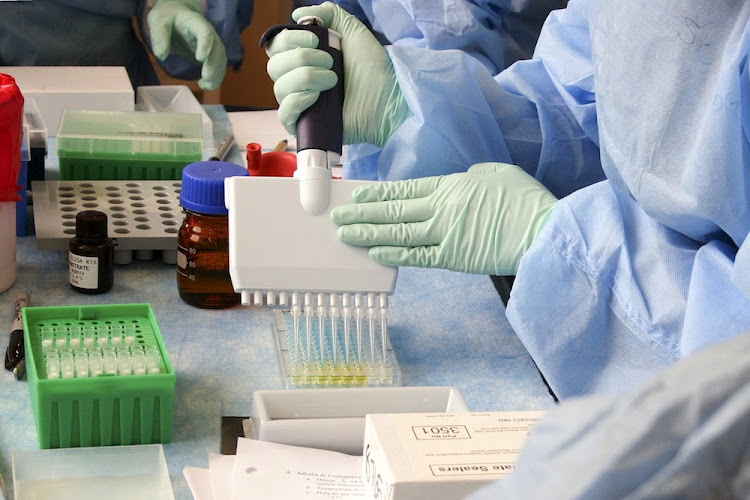 The Gauteng provincial government has adjusted its approach to testing for the novel coronavirus amid a shortage of test kits in South Africa, health MEC Bandile Masuku said.

He said the test kits would now be preserved for patients who required hospitalisation; who came to health facilities with symptoms and for people who were in high-risk occupations such as health workers, teachers, police officers and soldiers.

“It's no longer a point of us doing massive community testing. It’s only about those who are symptomatic and who require hospitalisation,” Masuku said.

The province currently has the highest number of active cases in the country, and is the epicentre of the Covid-19 pandemic in South Africa, with 36,349 cases in confirmed in the past week.

45,000 people have beaten Covid-19 in Gauteng, but fatalities are on the rise

Gauteng has recorded 41 more fatalities from Covid-19, the health department said on Thursday
News
1 year ago

While Gauteng has not yet the reached the peak of the infection — expected in August — Masuku said the province was no longer doing mass testing.

He said whether a person had to get tested after completing an isolation period was “something that we are considering looking at the shortages”.

Dealing with the rate of infection in the province, Masuku said that while it was still increasing rapidly, there was some good news as the number of active cases had decreased over the past few days, with the number of recoveries increasing.

He said that the healthcare system would not be overwhelmed, but did acknowledge that it was currently under pressure.

The province was increasing the number of healthcare workers, and was in a race to increase bed capacity to accommodate the Covid-19 infection peak.

The Eastern Cape government had a tough time convincing members of parliament that it had things under control in its response to Covid-19 in the ...
News
1 year ago

While beds were being increased in targeted hospitals, the province was also still working on establishing field hospitals, he said.

The field hospital in Nasrec in Johannesburg was set to be completed and have 1,000 beds by the first week of August, Masuku said. He said about half of the beds would be fitted to treat patients with oxygen, among other treatments.

He said the field hospital at the Tshwane events centre in Pretoria was also expected to be completed in the first week of August.

Defence minister Nosiviwe Mapisa-Nqakula and health minister Zweli Mkhize still have to engage and make an announcement on assistance from the SA National Defence Force in establishing the field hospitals, Masuku said.

Masuku, however, said the “fever” tents that had been set up at some hospitals would provide some space to manage the patients and ensure that no-one was turned away.