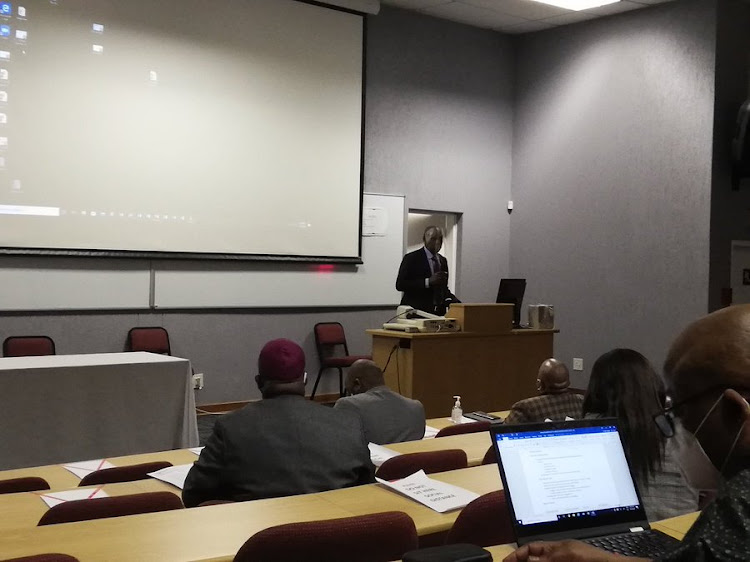 This follows a backlog in Nelson Mandela Bay, where there was a delay in the number of reported deaths.

On Tuesday, it emerged that almost 100 people have died from Covid-19 in the city since the start of July — an average of almost five a day.

On July 2, the death toll from the coronavirus stood at 240 and it remained unchanged until Tuesday, when it emerged there had been a further 96 deaths in the metro since then due to Covid-19.

Almost half of the people who lost their lives due to Covid-19 related illnesses in the Eastern Cape died in July, the provincial government said on ...
News
1 year ago

While on his two-day visit to the metro, Mkhize told a roomful of hospital managers from Dora Nginza, Livingstone hospital and Uitenhage Provincial hospital that there should be no more delays.

“MEC, your reporting of deaths must be as they come and on a daily basis,” he told health MEC Sindiswa Gomba.

“We want to know what the figures are every day.

“We know there are challenges with death reporting because there are those whose comorbidities were worsened by the virus, which resulted in their deaths.

“Others died around the period of Covid-19 and all these must be investigated, but we are saying there’s a process of tracking deaths; we still want daily reports.

“We won't allow you to delay by a day and then another day because it creates a distortion,” Mkhize said.

The department had been closely watching the province and the Western Cape, he said.

“This intervention here is bigger because there are more issues needing to be dealt with here.

“The numbers and conditions here are the reason we sent a team.

“When numbers surged, we picked up a shortfall and this is the second time we’re sending a team here,” Mkhize said.

Mkhize told Zungu that he expected weekly reports from the unit on top of her daily duties.

He said while her presentation, which she had given earlier, highlighted issues that needed to be tackled, he wanted timelines.

Health minister Zweli Mkhize is in Nelson Mandela Bay on Wednesday morning on a two-day visit to check on how hospitals are responding to the Covid-19 pandemic.