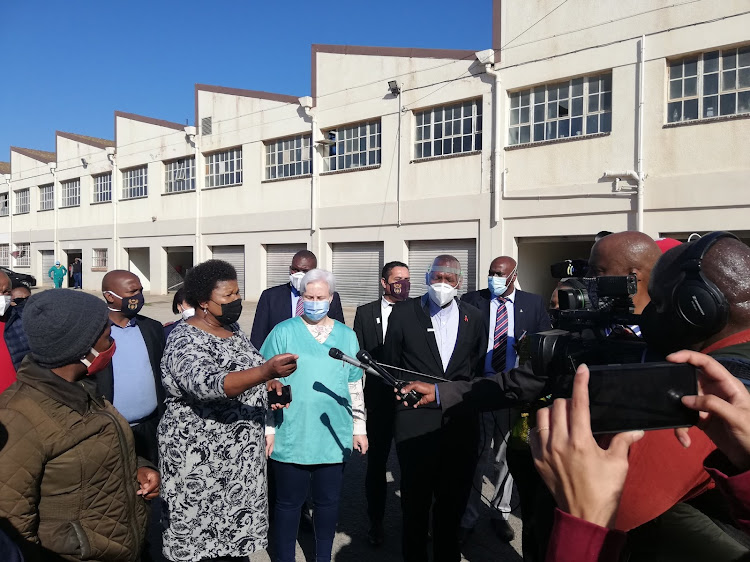 Port Elizabeth’s Dora Nginza hospital is battling a high mortality rate due to insufficient nursing staff to care for the patients, oxygen and beds.

This is what a doctor told health minister Zweli Mkhize during his visit to the hospital on Thursday.

Mkhize is in Nelson Mandela Bay for two days to check up on how the hospitals are coping with the growing number of Covid-19 cases.

He visited Livingstone Hospital on Wednesday.

The dire circumstances faced by health workers in the Eastern Cape have been laid bare in a heartrending letter from a nurse to health minister Zweli ...
News
1 year ago

Dr Lokuthula Maphalala appealed to Mkhize for a high care unit, saying there was almost a 100% death rate for diabetic patients with Covid-19 as the nursing staff were overwhelmed.

“You can see how full it is there. A nurse can’t nurse a DKA [Diabetic ketoacidosis patient]. Before they used to recover, now they die. You know it’s something that is reversible, but if they are dying because there is no one to nurse them and give them the attention that they need.

“The nurses are overwhelmed,” Maphalala said.

Dr Mapalala tells Minister Mkhize about the dire need for a high care saying that they almost have a 100 % mortality rate. #CoronaVirusSA #COVID19SA pic.twitter.com/s2svLdXsqz

Mkhize responded that they were moving quickly with the appointment of nurses.

It is not so much the beds now, it’s the nursing care with the doctors nearby.

“So, we’re going to be resolving a lot of that this afternoon,” Mkhize said.

Speaking to some of the nurses and doctors at Dora Nginza, Mkhize heard that since the ban on the sale of alcohol was reintroduced, the number of patients in the casualty ward had dramatically decreased.

Dr Ebenezer Oluwole, head of casualty, thanked president Cyril Ramaphosa for the alcohol ban, saying the trauma unit was a lot emptier since.

Mkhize, along with Eastern Cape health MEC Sindiswa Gomba, were scheduled to visit the Motherwell health centre on Thursday afternoon.

A nurse from Dora Nginza details some of the challenges faced by the nurses at the hospital including staff challenges #Covid19SA #Covid_19SA #Covid_19 pic.twitter.com/n4dIVZRURU