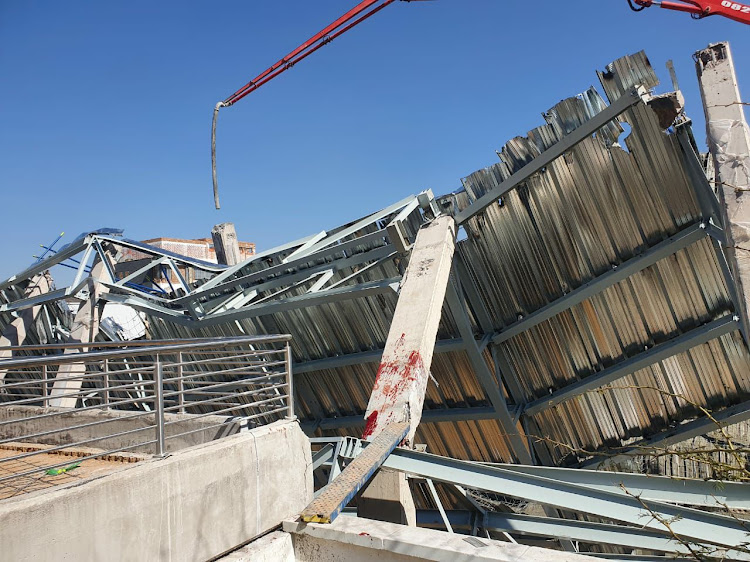 Reports from the scene indicate that workers had been pouring cement on the top floor, which gave way.
Image: Netcare911

At least one person died and four others were injured after a structural collapse at a construction site in Rietfontein, Pretoria, on Thursday.

“Reports from the scene indicate that workers had been pouring cement on the top floor, which gave way,” said Netcare911 spokesperson Shawn Herbst.

Just in: A structure at the Jacaranda Centre in Pretoria has collapsed. Current reports indicate 1 dead, multiple injured.

Four men sustained moderate injuries and were treated at the scene before being transported by private ambulance to hospital.

“Another adult male believed to be in his late thirties sustained fatal injuries in the collapse and was declared deceased on the scene,” said Herbst. 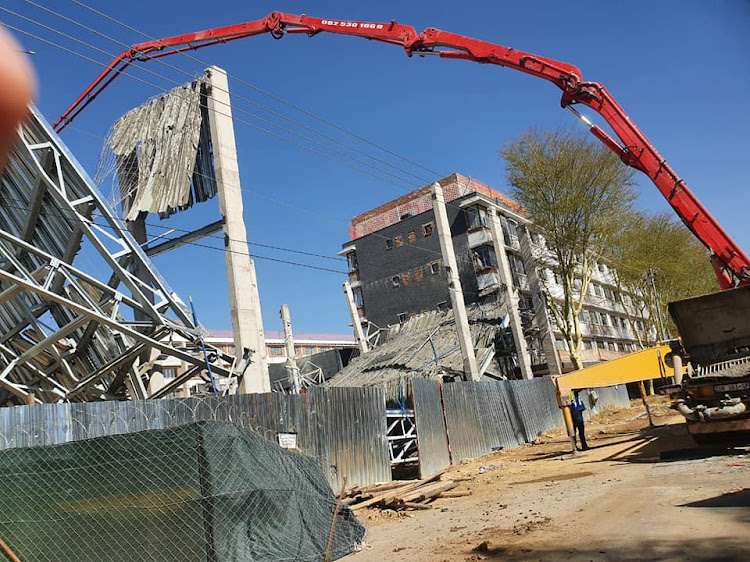 The aftermath of the collapse.
Image: Netcare911