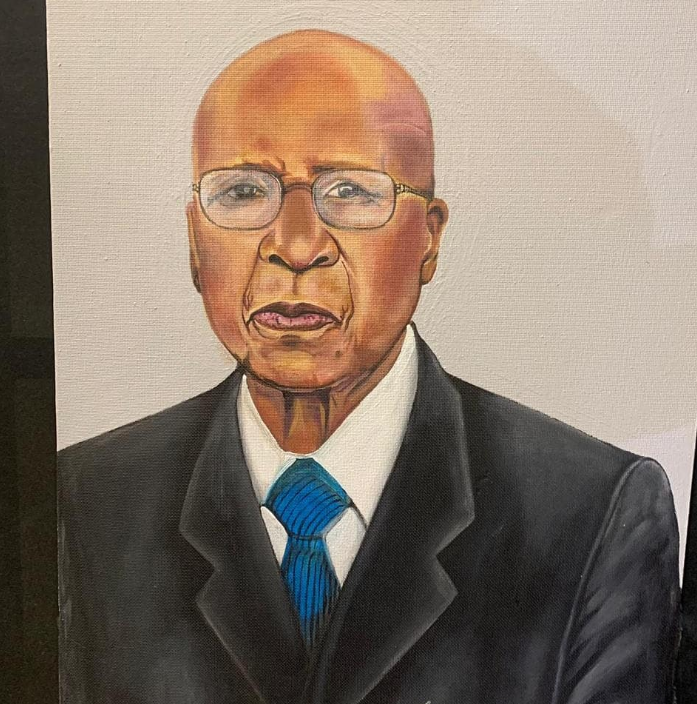 This came as a surprise to his critics who said the artist doesn’t always accurately capture his subjects.

So Rasta all this time you knew how to...it’s a story for another day. https://t.co/pprnHIFedX

EFF leader Julius Malema also complimented the painting and minister in the presidency Jackson Mthembu shared it on his Twitter account as a tribute to Mlangeni.

Some jokingly asked if the unusually good likeness was because Mlangeni was a respected leader who has never been marred by corruption or any wrongdoing. One Twitter user also joked that the families of other public figures Rasta has attempted to paint before should sue him.

Mlangeni, 95, was laid to rest on Wednesday. He died on Tuesday last week after a short illness.

A week ago, Rasta attempted to paint media personality Lerato Kganyago but failed to win over his critics — Lerato even asked the artist who the person was that he was attempting to portray.