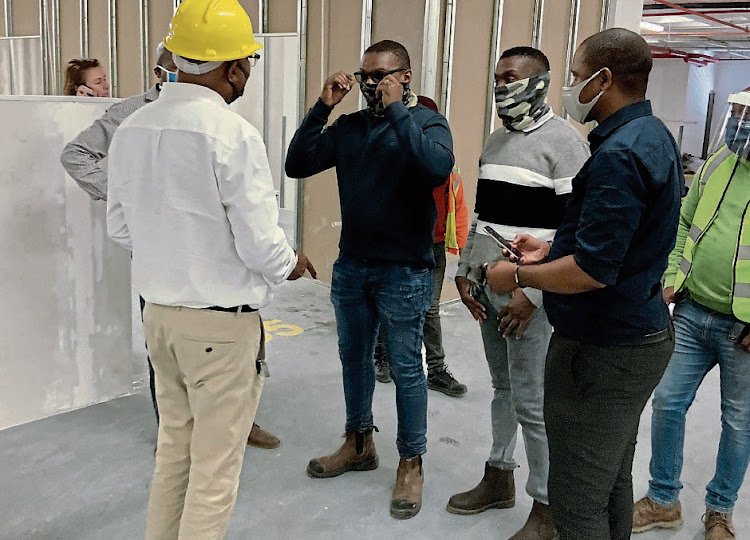 When President Cyril Ramaphosa declared a national state of disaster in March because of the Covid-19 outbreak in SA, the Eastern Cape immediately hit the ground running, preparing health facilities for an expected high demand in hospital beds.

And when Ramaphosa announced the national lockdown alert level 5 weeks later, which came with strict regulations like curfews, people’s movements being restricted to slow down the spread of the virus, constant washing of hands with soap and water or sanitiser, SA was hailed by the World Health Organisations for acting fast.

But instead of basking in the glory of the country’s hailed quick action to mitigate the spread of the virus, especially since the Eastern Cape only recorded its first case weeks after the coronavirus was confirmed in SA, the department of public works and infrastructure (DPWI) turned the Eastern Cape into a construction site — building hospitals using alternative technology, and renovating and revamping dilapidated buildings in a move to add much-needed wards in hospitals.

With the easing of national lockdown alert level 5 to allow for a phased-in reopening of the economy, the number of confirmed cases have been on the rise. But with the coronavirus peak expected to be in late August or September, the Eastern Cape is almost ready for a surge in the number of infections.

To date, 25 projects which were awarded from March have been completed. This means the Eastern Cape now has 518 more hospital beds than it did before the global health pandemic hit SA. Of these, 78 are high care beds for critical patients who will need to be put on life-saving oxygen. Of the beds, 130 are in hospitals in OR Tambo district, and 116 are in Buffalo City Metro hospitals Cecilia Makiwane in Mdantsane and Frere Hospital in East London.

Another hotspot, Chris Hani district, has 80, Amathole has 76, Nelson Mandela Bay hospitals like Livingstone and Dora Nginza have 46, Joe Gqabi has 38, Sarah Baatmaan 18, and there are 14 additional beds in hospitals in the Alfred Nzo district. The 518 new beds cost R37.7m.

A whopping 804 beds from 33 projects are expected to be completed by the end of September, with 98 beds for patients who need oxygenation, and a further 200 beds, which include 20 highcare beds, are expected to be handed over to the department of health on October 31.

To ensure that the Eastern Cape meets the expected high demand for hospital beds, a further 14 projects are expected to be awarded at the end of July and August, which will see the addition of 541 normal hospital beds