Religious ornaments stuffed with drugs seized at OR Tambo International 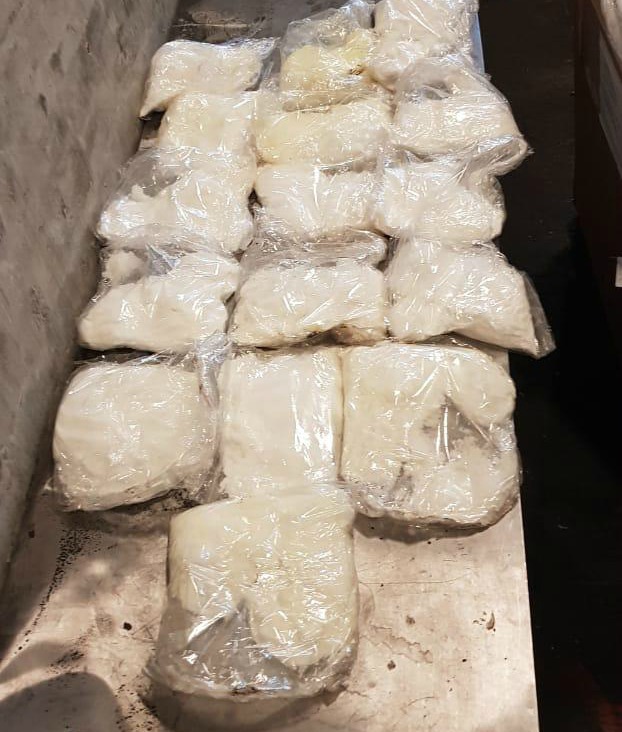 The consignment of drugs arrived from India.
Image: SUPPLIED

A consignment of drugs weighing more than 20kg, stashed inside religious ornaments, has been intercepted at OR Tambo International Airport in Johannesburg.

The estimated value of the haul, seized on Saturday, is about R4.7m.

“A detection team from this joint operational [team at the airport] were following up on information provided by crime intelligence which led to the detection of the drugs weighing 21.4kg hidden inside religious ornaments,” said Col Athlenda Mathe on Sunday, in a statement from police.

The ornaments were destined for SA from India.

The bust is the result of a multidisciplinary security strategy involving collaboration between 10 departments and agencies at the airport. They include the SAPS, state security agency, customs, Ekurhuleni metro police department, Airports Company SA Security, department of health (port health), department of environment, forestry and fisheries, department of agriculture, land reform and rural development and the department of international relations and co-operation.

“While investigations continue, SA authorities have brought this matter to the attention of authorities in India and are working closely to establish who the import agents are and to establish the destination point in the country,” said Mathe.

No arrests have been made yet.

Police appealed to anyone with information that could assist in the investigation to contact the Crime Stop hotline number on 0860010111 or download the MYSAPSApp.