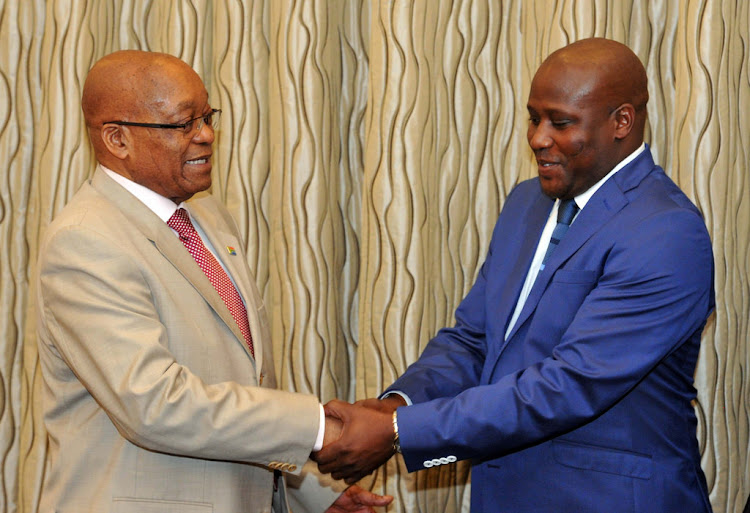 Former president Jacob Zuma congratulates Bongani Bongo after he was sworn in as state security minister in October 2017. The ANC MP is accused of attempting to bribe an evidence leader of parliament's Eskom inquiry in 2017.
Image: GCIS

The corruption cloud hovering over ANC MP Bongani Bongo will linger for another six months before he gets a chance to answer the charges against him.

Bongo, who chairs the parliamentary committee on home affairs, appeared before the high court in Cape Town via a virtual platform on Friday. He is out on bail.

The MP is accused of attempting to bribe an evidence leader of parliament's Eskom inquiry in 2017.

Eric Ntabazalila, spokesperson for the prosecution in the Western Cape, said Bongo's trial might start in February 2021.

“The Bongani Bongo pretrial which was on a virtual platform this morning has been postponed to November 27 2020 for another pretrial conference to confirm a trial date,” said Ntabazalila.

Vanara led evidence at an inquiry established by parliament into the involvement of politicians and parastatal executives in the Gupta family's grip on Eskom.

The corruption case against ANC MP Bongani Bongo has been transferred to the Western Cape High Court for a pre-trial on April 17.
News
1 year ago