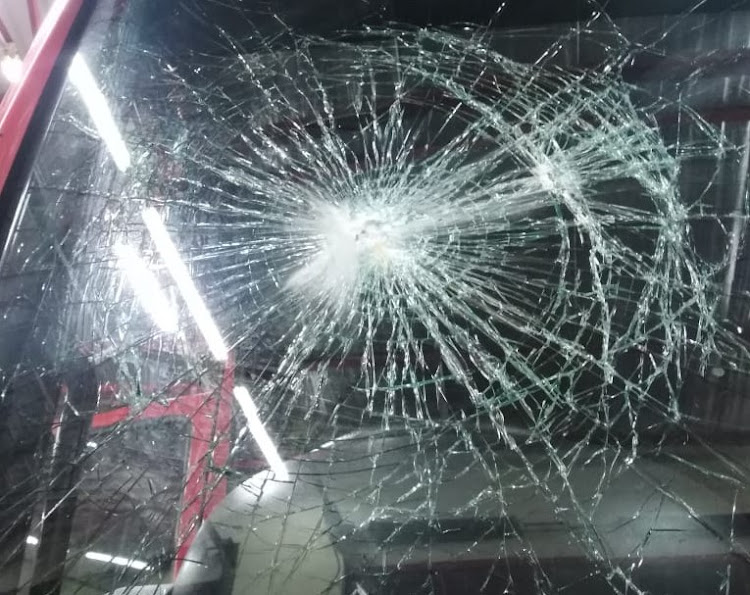 The windscreen of a fire engine that was stoned in Cape Town on August 13 2020.
Image: City of Cape Town

The city of Cape Town said an escalation in attacks on its fire and rescue services might force it to withdraw the services from volatile areas.

Friday's warning came after a fire crew was attacked in Delft South on Thursday night after responding to a call about a truck in flames.

JP Smith, the mayoral committee member for safety and security, said the area was experiencing load-shedding when the fire crew was dispatched.

“They met up with their police escort at Hindle Road, but just as they were nearing the incident, the crew came under attack, with a brick hurled at the windscreen. They called for additional protection to exit the volatile area,” said Smith.

The continued attacks on Emergency Medical Services crews in the Eastern Cape will end up disadvantaging people who desperately need medical ...
News
10 months ago

He said the crew members were extremely shaken by the incident, and after meeting a fire service chaplain it was decided to send them home. He said this left the Belhar fire station non-operational for the rest of Thursday night.

“This type of thuggish behaviour is becoming an all too regular occurrence and has potentially devastating consequences for law-abiding citizens who require emergency services,” said Smith.

“Not only does it slow down response times, as fire crews do not enter volatile areas without a police escort, but given the escalation in attacks — even with an escort — the city might be forced to withdraw this service altogether where unrest is being experienced.”

On Friday morning, the N2 was blocked by burning tyres at the R300 on-ramp. Two Golden Arrow buses were set alight in an area where land grabs have resulted in rioting. The road was reopened at just after 9am.