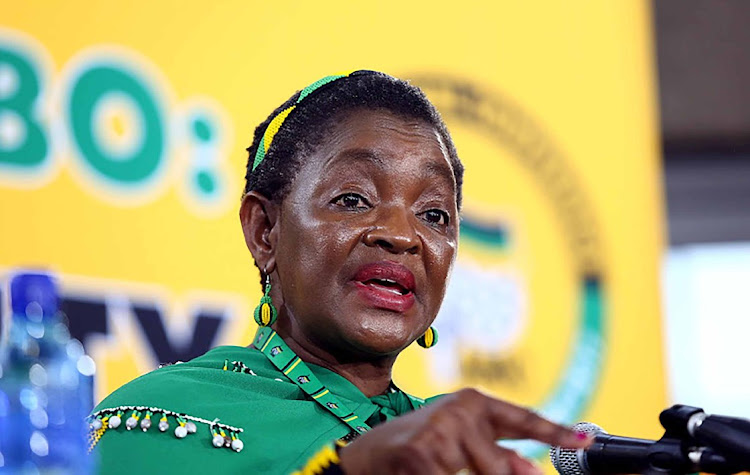 ANC Women's League president Bathabile Dlamini has reiterated the league's opposition to the lifting of the ban on alcohol and cigarettes sales as pressure mounts on President Cyril Ramaphosa to open the economy.

Dlamini told the Daily Dispatch's sister publication, TimesLIVE that the league had not changed its position on the matter and it stood by a submission the organisation made to the national coronavirus command council (NCCC) in May.

We know how this virus operates now, we are in the peak now and another peak could follow. So our position remains that we will not support the lifting of the ban on alcohol and cigarettes

“We don’t support that (the reopening of alcohol and tobacco sales), we have even made a submission to that effect. We know how this virus operates now, we are in the peak now and another peak could follow. So our position remains that we will not support the lifting of the ban on alcohol and cigarettes,” Dlamini said.

Ramaphosa is expected to address the nation in the coming days about whether the government will relax some of the national lockdown regulations.

On Tuesday, TimesLIVE reported that a forum of directors-general had recommended to the NCCC that the government lift the bans on the sale of alcohol and tobacco, which has contributed to huge job losses as well as a dramatic reduction in tax revenue to which the two industries contribute.

In the organisation’s May submission, the women’s league expressed concern about the practice of sharing cigarettes among smokers as well as the health risks associated with smoking.

“Reports indicate that over 44,000 South Africans die from tobacco-related diseases annually. There are also various research reports indicating the dangers of tobacco and its huge affect on respiratory health and is the most common cause of lung cancer.

“Tobacco is identified as one of the high-risk factors for chronic obstructive pulmonary disease (COPD), which causes the swelling and rupturing of the air sacs in the lungs, reducing the lung’s capacity to take in oxygen and expel carbon dioxide, and the build-up of mucus, resulting in painful coughing and breathing difficulties,” the submission read.

“We also take into consideration that most of the smokers who don't have money, have a tendency of sharing a cigarette and thus having a potential of increasing infection as those who might be Covid-19 positive will leave droplets of saliva on the filters of cigarettes to be shared with the next person.

“It will be difficult or impractical to regulate not sharing of cigarettes. With these available scientific facts on the dangers of tobacco, what informed the decision of unbanning the selling of cigarettes while fighting the Covid-19?”

The league also expressed concern over the effects of secondary smoke, particularly on women and children.