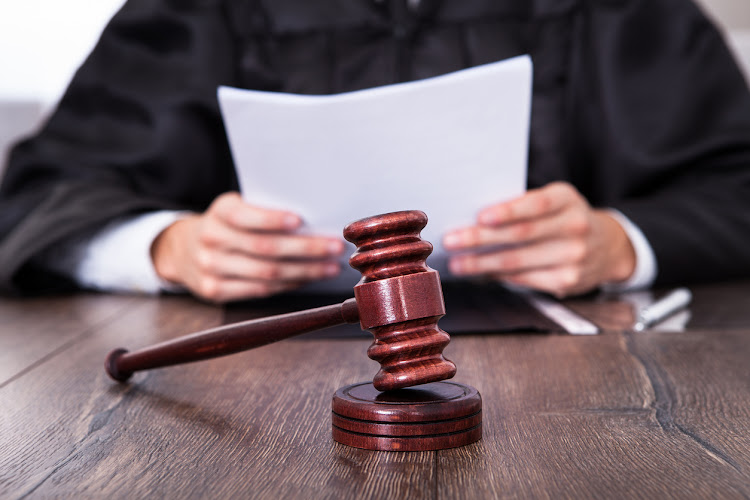 The man accused of killing Blue Water farmer Jason Winrow in 2017 escaped from the back of a police van a year earlier after police took him into custody for suspected stock theft.
Image: iStock

The man accused of killing Blue Water farmer Jason Winrow in 2017 escaped from the back of a police van a year earlier after police took him into custody for suspected stock theft.

Odwa Ntlangani, 33, allegedly killed  Winrow, 41, of Mooiplaas near East London, in July 2017. He is also facing charges of attempted murder after allegedly attacking of another farmer, Adelaide Kapa, 82, in 2016.

Stock theft, unlawful possession of a firearm and ammunition, and robbery with aggravating circumstances are also on the charge sheet.

The person who killed Winrow shot him. All four fingers of Kapa's right hand were sliced off during the attack, leaving only the thumb.

She suffered mental scarring and now resides in a hospice, the court heard.

A farmer says he bought cattle from a man accused of murdering Great Kei farmer Jason Winrow. Odwa Ntlangani, 33, is standing trial for the ...
News
2 years ago

State witness sergeant Bulelani Metu, testifying in the high court sitting in the East London, was the first officer to arrest Ntlangani.

He told the court that on August 6 2016, he and a colleague followed information from Winrow complaining about stock theft. Winrow's cattle had been stolen in April 2016.

“He [Winrow] said he was at the gate [outside] of Lynmar farm [the farm owned by Kapa]. The accused was also there,” he said.

Metu said Ntlangani introduced himself as the caretaker of the farm, but this explanation did not sit well and so he was arrested.

Metu said Ntlangani admitted to him that cattle belonging to Winrow were loaded onto a truck the previous day, August 5.

In testimony on Wednesday, farmer Derick Venske said he bought 10 cattle from Ntlangani and later discovered that the stock had been stolen from Winrow.

Metu said: “The accused said to me the cattle were bought by Venske and we went to Venske's farm. While there, he called us to the side and said he had something to tell us. He informed us that he paid R47,800 to the accused and that a week before that, Ntlangani sold cattle to another farmer.”

Police are offering a R50 000 reward for information that might lead to the arrest, successful prosecution, conviction and sentencing of Bluewater ...
News
4 years ago

While they were at Venske's farm, Ntlangani was kept in the back of the police van.

Metu said Ntlangani then escaped from the back of the van ran into the open veld. His hands were still in cuffs, according to the sergeant.

Police dogs were called to look for him, but without success, Metu said.

Under cross-examination from Ntlangani's lawyer, Bharat Hansjee, it was put to Metu that Ntlangani would say he escaped from the police van because he was scared.

“Ntlangani will say you didn't warn him about his constitutional rights,” Hansjee said.

Metu answered: “I told the court about this, that I informed him of his rights and handcuffed him.”

But  Hansjee continued with this line of questioning.

Metu said he would be “amazed” if that was the case.

State prosecutor Zukile Mdolomba told the court he was struggling to locate his witness, who had been in court on Wednesday, and requested a postponement, which was granted by judge Thembekile Malusi.

The trial continues on Friday.