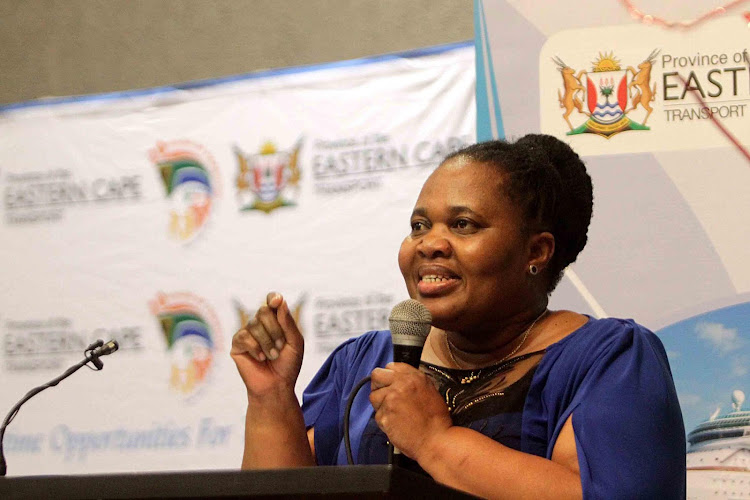 The Dispatch and its sister paper The Herald on Thursday reported on irregular appointments in the  transport department as well the MEC’s husband controversially bagging a Covid-19 related tender with education.

Citing a Dispatch story of a secret recording in which the MEC admits to her irregular appointments, DA MPL Marshall von Buchenroder said: “Premier Oscar Mabuyane cannot delay any longer. He must act now and remove transport MEC Weziwe Tikana-Gxothiwe from office.”

UDM MPL Mncedisi Filtane said his party had always been “extremely concerned about these questionable appointments” in the department.

Filtane said: “The effect was going to be the ongoing instability in a department of such critical importance to the whole economic development of our province as well as the future of thousands of scholars.”

Filtane said Tikane-Gxothiwe had overstepped from her political role into the administration realm.

“Only late last year there was such turmoil within this department that the then HOD [Irene Mpolweni] had no option but to quit,” Filtane said.

Tikane-Gxothiwe had little option but to ask herself “whether her continued leadership is still of help to the people of the Eastern Cape”, Filtane said.

Von Buchenroder made reference to The Herald report  about the MEC’s husband’s R1.6m Covid-19-related tender.

“In the first instance, relating to a recording of the MEC, she openly admits she was instrumental in the appointment of unqualified individuals to her department.

“These same appointments have been subject to a report compiled by the Public Service Commission (PSC), which found the appointments irregular,” Von Buchenroder said.

“The second news report has revealed that the MEC’s husband has secured a tender valued at R1.6m to supply the education department with PPE.

“While there is nothing illegal in family members of politicians doing business with the state, this points to a recurring trend with the MEC.”

Von Buchenroder said these were clear examples of “how politically connected individuals, in this case direct family members of an MEC, were benefiting from the emergency funds made available to combat Covid-19.”

EFF Eastern Cape leader Yazini Tetyana said the PSC had found the MEC in contravention of her mandate.

“No action has been taken by the premier. She goes and confirms the PSC’s findings.

“We have a problem with the fact that she elevates someone without experience.

“The reason scholar transport is in crisis is because of her appointments. She must leave the province and resign. She must go.”

Nehawu’s Mickey Jaceni said the union would discuss the matter in a special provincial executive committee next week.

Asked for comment about Tikana-Gxothiwe’s husband’s tender,  Mabuyane’s spokesperson, Mvusiwekhaya Sicwetsha, said: “Please talk to the procuring entity about the tender you are referring to.”

Asked for an update on the provincial treasury investigation into Tikana-Gxothiwe, Sicwetsha said: “We have said it before that when the investigation of the allegations is concluded, we will release that report.

“We cannot talk about something that is not yet concluded.”