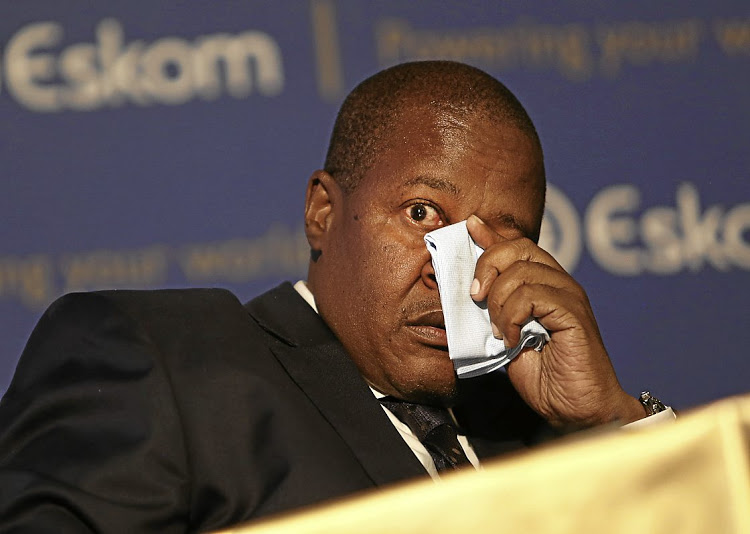 A former bodyguard to former Transnet CEO Brian Molefe told the state capture commission of a bag mysteriously stuffed with R200 notes when he testified on Thursday.
Image: ALON SKUY

A former bodyguard to former Transnet CEO Brian Molefe on Thursday told the state capture inquiry how he once found a backpack belonging to Molefe, half-full with bundles of R200 notes.

The bodyguard — whose identity was masked and named “Witness 1” — said this happened at the Carlton Centre, in the Transnet offices.

The backpack, he said, was the same one that Molefe used to carry when visiting the Gupta residence in Saxonwold.

He testified that he came across the cash-stuffed backpack on a day when there was a meeting on the 49th floor of the building. Molefe had sent him to his office to fetch his cellphone from his backpack.

He said when he opened the backpack he was “surprised to see the bag with bundles of R200 notes”.

At this point, he testified, he called Molefe's PA to show her the money. He asked her to look after the bag because if the money went missing, the two of them would be the prime suspects.

Later, after Molefe had come out of the meeting, Witness 1 said he confronted him about the cash and pointed out that it was a security risk to the two of them to have such large sums of cash.

Mr Molefe was visibly upset with my say. He said it is none of my business what is in his bag

“Mr Molefe was visibly upset with my say. He said it is none of my business what is in his bag,” he said.

The bodyguard told the commission of several occasions that he drove Molefe to the Gupta residence. Asked whether he knew who Molefe was meeting there, he said Molefe would always tell security guards at the gate that he was there to see Ajay Gupta.

On one occasion, Molefe went in without his leather backpack, but came out with a sports bag.

“The bag was filled up with something,” the bodyguard testified.

Witness 1 also revealed that he used to run errands for Molefe, part of which was depositing cash in several bank accounts about the Carlton Centre. He said the cash deposits ranged from R5,000 to R20,000.

For his co-operation with the state capture commission, Witness 1 said he had received no less than three death threats.

He read out one of the messages: “We are fully aware that you are about to give evidence at Zondo commission again and you have intimidated other bodyguards to give testimony. We are sorry to inform you that you are being used and you are on your own.

When we are done with you, your family won’t find a piece of you

“Who do you think you are, stop it with your moronic superman behaviour, we are watching your every move, conversations so act sensibly and give this matter your most urgent attention. When we are done with you, your family won’t find a piece of you.”

Furthermore, he said was followed on three occasions by suspicious vehicles without registration plates.

His testimony had concluded by Thursday afternoon. — TimesLIVE