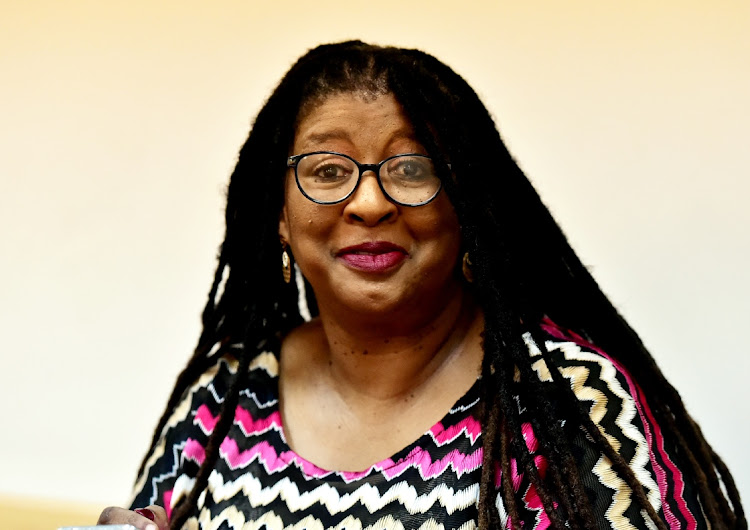 Portia 'Pankie' Sizani's fraud conviction has been set aside by the high court in Makhanda.
Image: EUGENE COETZEE

Portia 'Pankie' Sizani's fraud conviction has been set aside on appeal. The prosecution must now decide whether to start her trial afresh or let the former Eastern Cape education department’s early childhood development co-ordinator walk free.

In March 2019, after six years in and out of court, Sizani was found guilty of 15 counts of fraud totalling R1.2m after it was found that she had created “ghost” teachers and then pocketed their salaries.

She maintained her innocence throughout and before she could even be sentenced, her lawyers escalated the matter to the high court in Makhanda.

Portia Sizani loses bid to have magistrate step aside

Portia “Pankie” Sizani, wife of South Africa’s ambassador to Germany Stone Sizani, will have to stay the course in her fraud and money laundering ...
News
3 years ago

Sizani’s counsel was adamant that magistrate Mputumi Mpofu had misdirected himself in the Port Elizabeth Commercial Crimes Court when he forced the defence to close its case before they were ready to do so.

And on Tuesday, judges Murray Lowe and Motilal Rugunanan agreed.

The judges found that Mpofu had committed a technical irregularity, which had ultimately resulted in an injustice.

They said it was now up to the National Prosecuting Authority to decide whether to have Sizani re-arraigned before another magistrate and in another court.