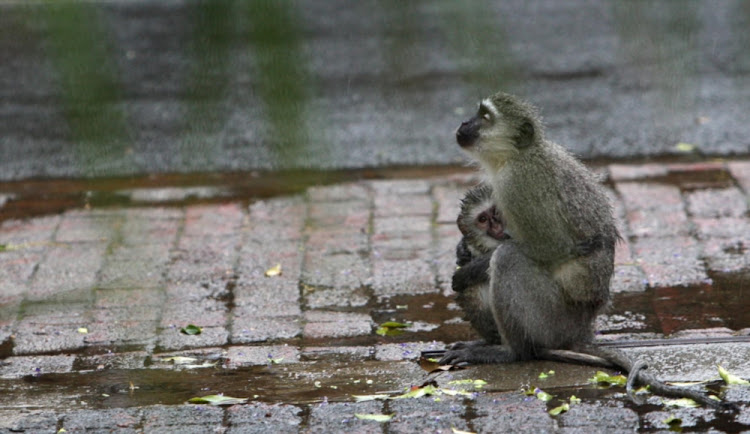 Monkeys, bats and squirrels caused some damage to SANParks lodging facilities that were vacant during the lockdown.
Image: Sunday Times/ Jackie Clausen

While scores of SANPark lodging facilities stood vacant during the coronavirus lockdown that halted all holiday travel,  animals occupied some of the facilities and have left them damaged.

SANParks said despite it resuming operations at most of its parks, the damaged lodges would remain unavailable to guests until mop-up and repair operations were completed.

“We have logistical challenges with regard to our readiness to resume full operations in some parks. In addition to planned maintenance work, it has emerged that the bulk of units that were unoccupied during the lockdown were damaged mainly by primates, squirrels and bats. We are moving with speed to repair them,” said SANParks CEO Fundisile Mketeni.

Mketeni said they were pushing to complete the repair operations ahead of a traveling spike expected in September.

The camps most affected were Skukuza and Lower Sabie.

These would operate at minimum capacity until October 1 2020 and December 15 respectively.

Biyamiti was expected to reopen on October 15, Maroela on November 1 and Orpen on November 7.

Key public and private partners met at the Addo Elephant National Park on Tuesday to launch a food distribution and vegetable garden programme while ...
News
8 months ago

Mketeni said reopening delays had also been brought about by recalling staff and training them on the new protocols put in place during the coronavirus pandemic.

Mkenteni emphasised the induction is in the interests of the health and safety of guests and staff.

“We had an option to stay closed for all business until we were 100% ready. However, with the understanding that our loyal guests are yearning to spend time in nature, the compromise was to introduce a phased reopening of our guest facilities. In this manner, some people would have the privilege of visiting our parks while unfortunately several would be disappointed due to the above-stated reasons” he said.

SANParks said guests who would be affected by the disrupted operations had been contacted and offered alternative accommodation within the Kruger National Park. Others were given the option to postpone their bookings.

“‘We are aware trips were planned and paid for a long time ago and others are family traditions. However, due to the real challenges  we face, we urge patience and tolerance from all guests,” Mketeni said.

This call for understanding comes after one guest went on a tirade on Facebook last week, bemoaning the status of the facility.

The complainant alleged that most of the SANParks chalets and lodges had been occupied by staff members.

“Another heritage side turned into a squatter camp free of charge,” wrote the disgruntled guest.

SANParks has laid charges on the posting of these fake news and anyone who continues to repost will be added to the list of the peddlers who should be investigated and charged. pic.twitter.com/kj7UlyhZI5

SANParks dismissed the accusations as false, and said it has laid criminal charges against the customer.

“SANParks has laid charges regarding the posting of fake news. Anyone who continues to repost will be added to the list of those who should be investigated and charged,” SANparks said.