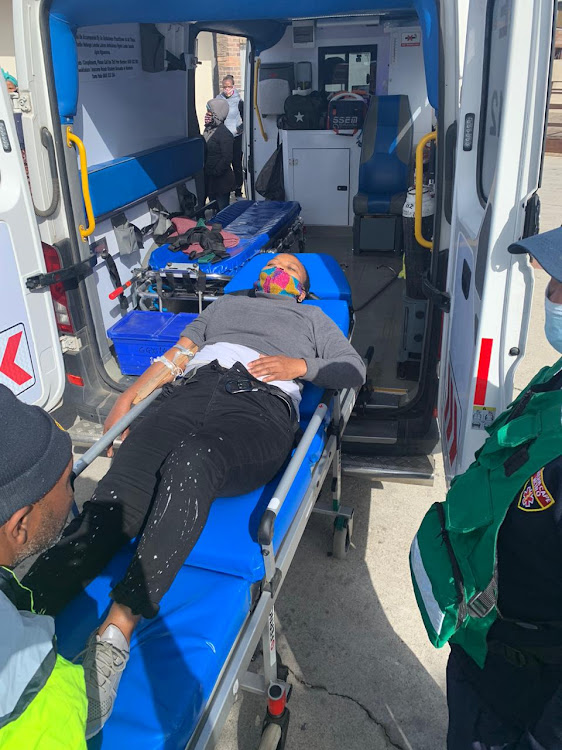 One of the New Brighton protesters was allegedly hit by rubber bullets.
Image: MIKE BUKANI

New Brighton residents say they are on their own when it comes to fighting crime after a clash with police in the area on Sunday.

Bukani said New Brighton residents had gathered to vent their frustration about the level of crime in the community and also to show they had had enough of “tik criminals”, known as amaphara.

“We had decided to go to amaphara bases to say that we are tired of being held ransom because these bases are where crimes are plotted,” he said.

“Before the march started, there was a cop who asked who the leaders of the march were and our response was there were no leaders and this was a march by residents from all over New Brighton.

“The cop said that, according to the lockdown regulations, the gathering was illegal and he had been ordered to disperse the crowd.

“We asked for some time to address the group and before we knew it, the police fired teargas, stun grenades and rubber bullets.”

He said a woman had been injured by rubber bullets and another protester had been arrested by members of the police.

By late afternoon, the situation had calmed down and they were trying to get a meeting with the station commander in a bid to release their friend, he said.

“New Brighton people are on their own because the reason we gathered in the first place was because police were failing and not doing their job.

“We are organising against the high crime that is being committed by the youth, our own children.

“There was a gathering on Saturday by bikers protesting against farm murders and those people were not teargassed,” he said.

“Pops fired rubber bullets and stun grenades when they refused to disperse.

“The organiser of the gathering was arrested under the Disaster Management Act.

“He will appear in the New Brighton Magistrate’s Court on Monday,” she said.