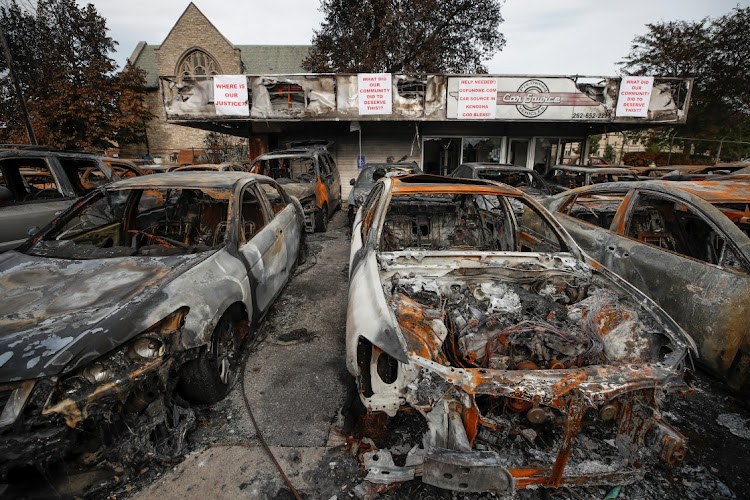 President Donald Trump on Monday sided with a 17-year-old charged with killing two people during protests in Kenosha, Wisconsin, saying the accused gunman was trying to get away and would have been killed by demonstrators if he had not opened fire.

Trump on Tuesday will visit Kenosha, the site of protests against police brutality and racism since Jacob Blake, a 29-year-old black man, was shot seven times by police on August 23 and left paralysed.

Kyle Rittenhouse's defense team released a statement Friday saying that what the 17-year-old did is a clear-cut case of self defense.

“He was trying to get away from them ... And then he fell and then they very violently attacked him,” Trump said at a briefing. “I guess he was in very big trouble ... He probably would have been killed.”

Rittenhouse has been charged as an adult with two counts of first-degree homicide and one count of attempted homicide. His lawyer has said he planned to argue self-defence.

The Republican president, who has made law and order a main theme of his re-election campaign, declined to condemn violent acts by his supporters and railed against what he called rioting and anarchy carried out by “left-wing” protesters.

Former Democratic vice-president Joe Biden, Trump’s opponent in the November 3 election, accused the president of stoking violence with his rhetoric, while insisting that rioters and looters be prosecuted.

“Tonight, the president declined to rebuke violence. He wouldn’t even repudiate one of his supporters who is charged with murder because of his attacks on others. He is too weak, too scared of the hatred he has stirred to put an end to it,” Biden said.

Trump suggested violence would increase if Biden won and accused the former vice-president of surrendering to a left-wing mob. “In America, we will never surrender to mob rule, because if the mob rules, democracy is indeed dead,” Trump said.

The shooting of Blake, 29, in front of three of his children in Kenosha, a predominantly white city of about 100,000 people on Lake Michigan, has triggered a fresh wave of nationwide protests.

The summer of protests ignited after video footage showed a Minneapolis police officer kneeling on the neck of a black man, George Floyd, for nearly nine minutes. Floyd later died, and the since-fired officer has been charged with murder.

White House spokesperson Kayleigh McEnany told reporters that Trump planned to survey the damage in Kenosha and meet business owners, shrugging off calls by some state and local leaders for him to forgo the visit.

Trump said he would not meet Blake’s family. — Reuters