Clicks to remove TRESemmé products, close for a day as senior exec resigns 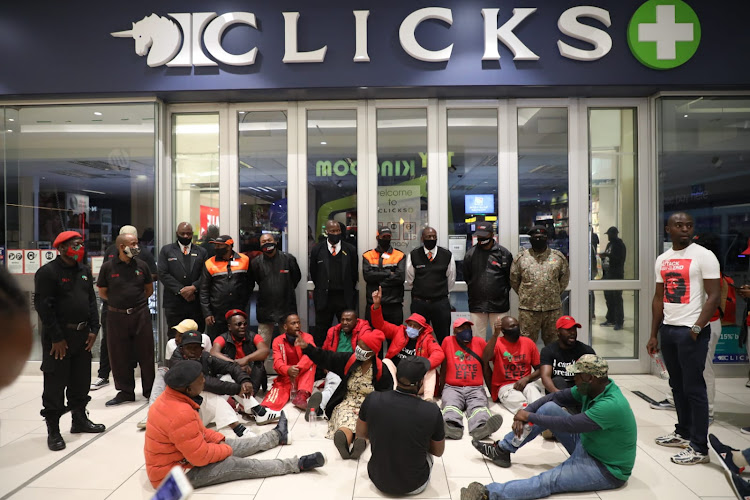 Clicks says it will remove all TRESemmé products from its shelves and replace them with local brands following nationwide protests by EFF members.
Image: THULANI MBELE

Clicks has accepted the resignation of a senior executive responsible for an offensive hair product advertisement and said staff responsible for publishing it had been suspended.

Clicks also said on Tuesday that it would delist and remove all TRESemmé products from shelves with immediate effect and replace them with locally sourced hair care brands.

The company did not name the senior executive responsible for the advertisement.

CEO Vikesh Ramsunder said all the suspended employees would go through a fair and unbiased disciplinary hearing, overseen by an independent, external chairperson.

Ramsunder said Clicks had been involved in extensive discussions with the departments of labour and trade and industry over the past few days and would work closely with them to help develop the local beauty market in SA.

“We recognise this event has had a significant affect on our people and our customers and we have taken a decision to close our stores for a day on Wednesday,” he said.

“We will use this opportunity to engage directly with all our store staff across the country, to provide counselling and support.”

Clicks said earlier that protests against the advert had affected 425 of its stores across the country on Monday.