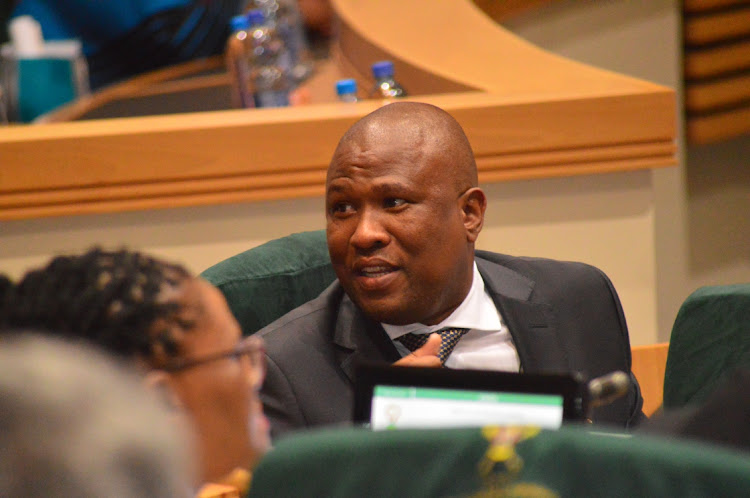 Toboti, 81, died at an East London hospital on Saturday night of natural causes.

Mabuyane announced on Monday that he would ask President Cyril Ramaphosa to honour the former PAC spokesperson by declaring his funeral a state funeral.

Sad news to hear about the passing of Cde Waters 'Bishop' Toboti. Was PAC Chief Rep to Zimbabwe. He vehemently defended religious believes of cadres when it was not fashionable during his time in TZ and Zimbabwe. A walking book and defender of Pan Africanism. Will miss you pic.twitter.com/0f03J20iHu

Special funerals are only granted to people deemed to have excelled in their respective fields. The premier said Toboti met the criteria.

The former Robben Island prisoner had gone into exile before returning to SA. Upon his return, he served as an MP before becoming a councillor in Centane.

“This is done to honour Toboti for the role he played in the liberation of our country. [I would like to] convey our heartfelt condolences to the Toboti family and the PAC family at large for the passing of comrade Waters Toboti. May his soul rest in peace,” Mabuyane said.

Should Ramaphosa afford Toboti the special funeral, all SA flags would fly at half mast until he was laid to rest.

The dynamic area between black and white, through Schadeberg’s eyes

Jürgen Schadeberg, who died on Saturday, was renowned the world over as “the father of South African photography”. While many of his most well-known ...
News
9 months ago

He described his death as a big blow to the party.

“We are deeply hurt but we had been expecting it because he was old. He still lived to be this old despite all the hardships he experienced.

“The PAC has lost one of the few veterans who knew that you never retire from the struggle. He was one of the few who served under all PAC presidents except [founding president Robert] Sobukwe,” he said.

“Remember we are coming from a painful history; a history of factions; a history of disunity. It took tatu Toboti and other veterans years to ensure we got to a congress in Bloemfontein. They are departing now having united the party.”

Nyhontso said the family had wanted to lay Toboti to rest on Saturday at his Macibe village home in Centane but, should Ramaphosa approve the state funeral proposal, “we would have to be flexible”.

The ANC also paid tribute to Toboti. ANC provincial spokesperson Gift Ngqondi said Toboti would be remembered for his “consistent engagement in the battle of ideas”.

“Tatu Toboti's life is a rich tapestry of the best attributes of that special generation of freedom fighters to which he belonged — total devotion to the struggle for the liberation; unflinching commitment to principle; loyal and selfless service to the cause of the people.”

He is survived by his wife, Nokwandisa, and three children.