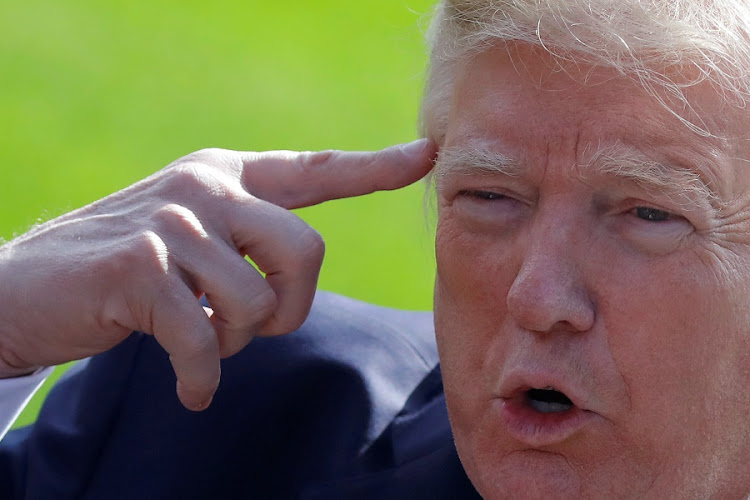 For most of the summer, former vice-president Joe Biden has maintained a sizeable polling lead over President Donald Trump in the race for the US presidency. In recent weeks though, the polls have tightened.

Despite all that, Biden would still be the comfortable favourite to win the election on November 3 based on the polling — if it was going to be a fair election. But it won’t be. That makes it essentially a toss-up. America has never seen a presidential race like this.

The Covid-19 pandemic has disrupted our lives, in ways big and small. It will also disrupt the way the US goes to vote and how those votes get counted. With less than two months to go, polling stations are gearing up for the logistical challenges that come with longer voting lines and social-distancing measures that will need to be put in place.

Fifty states carrying out what is effectively 50 separate elections — a legacy of the US electoral college — to choose the next US president has always been a Herculean feat.

Even in less polarised political climates, past elections have been marred by charges of voter suppression, election administration mistakes, and foreign interference. Similar accusations will be flying around in both the run-up and aftermath of the November 3 elections.

But America has plenty to lose, most of all its faith in democracy

But what’s different this time around is that these calls will be amplified by the sitting president of the US, who will add fuel to the fire in a bid to tip the scales in his favour. For Trump, claiming that the election is rigged isn’t an excuse — it’s a campaign strategy.

Never before in modern American history has the US had a sitting president actively trying to delegitimise the outcome of a US election for the sake of his own political prospects.

Maybe the most egregious and direct assault Trump has launched of late has been against mail-in voting, which is expected to reach unprecedented levels in the midst of the pandemic.

Trump has admitted that he doesn’t want to fund the US Postal Service for fear that mail-in votes will be used for widespread voter fraud, despite no evidence that’s the case.

A survey published in August by Democracy Fund + UCLA Nationscape shows that more than one in three registered voters intend to vote by mail in this election cycle, and those voting for Biden are more than twice as likely as Trump voters to go that route.

You better believe Trump has seen that polling data, which helps explain his recent call to his supporters in North Carolina to vote twice, which is unambiguously illegal, in an attempt to prove that mail-in votes can’t be trusted.

Fairness isn’t just about the reality of making sure that every vote cast is free of undue influence and is counted accurately; it’s about the broad perception of fairness as well.

And with Trump’s intention to cast any election outcome that doesn’t result in him being declared the winner as suspect, it looks as if we’ve passed the tipping point.

WTO leadership race seen as hostage to US election

The World Trade Organisation’s effort to select a leader entered a new stage this week as ambassadors from 164 member countries met senior officials ...
News
1 year ago

If the election is in any way close, the losing side will feel they’ve been robbed and that’s a dangerous place for US democracy to be right now.

The past few months have shown that Americans from both sides of the political aisle are ready to take to the streets for what they believe is right. When it comes to something as essential to the functioning of democracy as casting ballots, the potential for widespread political violence is real.

We just don’t know how successful these attempts at rigging will ultimately be for Trump’s re-election chances.

Based on current polling, Trump increasingly feels he has little to lose. But America has plenty to lose, most of all its faith in democracy.

Ian Bremmer is the president of Eurasia Group and GZERO Media and author of Us vs Them: The Failure of Globalism.