By Krisztina Than and Marton Dunai - 21 September 2020 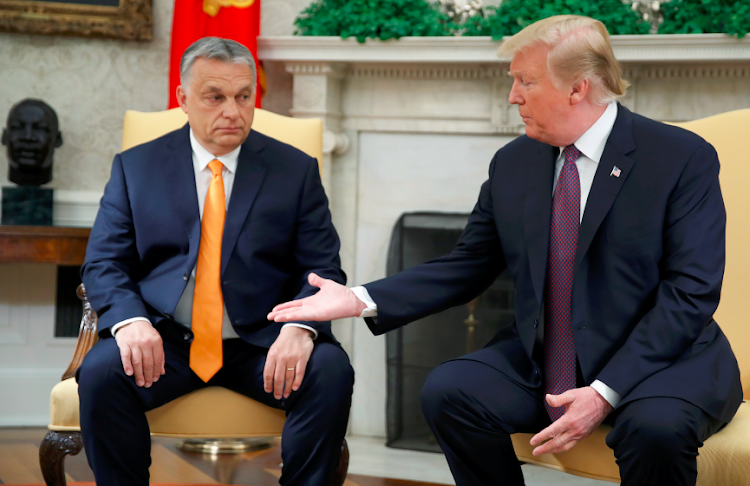 Hungarian Prime Minister Viktor Orban on Monday endorsed Donald Trump's re-election bid for the US presidency, saying his rival Democrats have forced a “moral imperialism” on the world that illiberal leaders like himself reject.

“We root for Donald Trump's victory, because we know well American Democratic governments' diplomacy, built on moral imperialism. We have been forced to sample it before, we did not like it, we do not want seconds,” Orban wrote in an essay.

Nationalist Orban faces a steep challenge to his decade-long rule in parliamentary elections due in early 2022 as Hungary braces for the economic and social impact of a second wave of coronavirus infections.

The vote would be decisive as the international liberal elite was out to destroy Christian conservatives in Europe, he wrote in the pro-government daily Magyar Nemzet.

They prepare for a decisive battle in 2022, backed by the international media, Brussels bureaucrats, and NGOs disguised as civil organisations

“They prepare for a decisive battle in 2022, backed by the international media, Brussels bureaucrats, and NGOs disguised as civil organisations,” Orban said. “It is time for us to line up too.”

Hungary and other central European countries would place economic efficiency over European Union policies such as “climate goals elevated to absurdity, a social Europe, a common tax code and a multicultural society”, he said.

The EU will try to implement the multitrillion euro post-pandemic revival plan with key political discussions yet to be conducted among member states, some of which want to regulate the self-styled illiberal Orban much more strongly.

The idea of strict conditions on the disbursement of EU aid and funds to the rule of law has prompted a threat of veto for the whole package from Orban, who said the system was more aptly described as “rule of blackmail.”

Orban said the outcome much depended on the succession battle in Germany as Chancellor Angela Merkel's term nears an end.