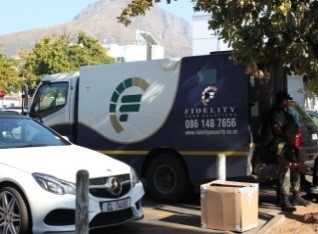 A cash-in-transit robber was sentenced to 12 years for robbing a Fidelity security guard.
Image: supplied

A cash-in-transit robber who was on the run for nearly a year after robbing a Fidelity security guard has been handed a 12-year jail sentence. 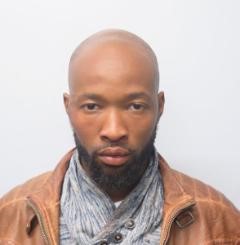 Tandumzi Mayoyo, 29, was on Thursday sentenced to an effective 12 years' imprisonment.
Image: supplied

“The suspects who were dressed in overalls initially targeted the guard who remained near the truck. They pointed firearms at him and disarmed him. They then waited for the other guard to return to the truck and also disarmed him,” Hani said.

She said the guards were then instructed to open the safes and all the canisters containing just over R500,000 were emptied.

“They were then locked in the vault before Mayoyo and his accomplices fled the scene. An LM 5 rifle was found abandoned outside the vault,” Hani said.

She said after an intense investigation the Hawks Serious Organised Crime Investigation team arrested Mayoyo on May 18, 2018, after he was linked to the heist after a forensic investigation and through CCTV footage.

“The Investigators ensured that Mayoyo remained in custody after they successfully opposed his several bail bids. The court has convicted Mayoyo on robbery with aggravated circumstances and further declared him unfit to possess a firearm in the future,” she said.

Meanwhile, two people were shot and wounded and two others arrested during a foiled cash-in-transit heist in Johannesburg South on Tuesday.

Six men have been arrested in connection with an alleged cash-in-transit (CIT) heist in Burgersfort, Limpopo.
News
1 year ago