Hopes and prayers as Senekal sits on the edge 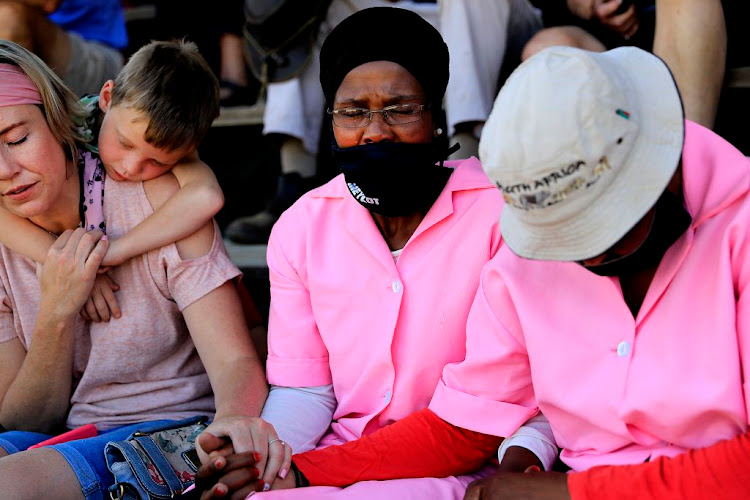 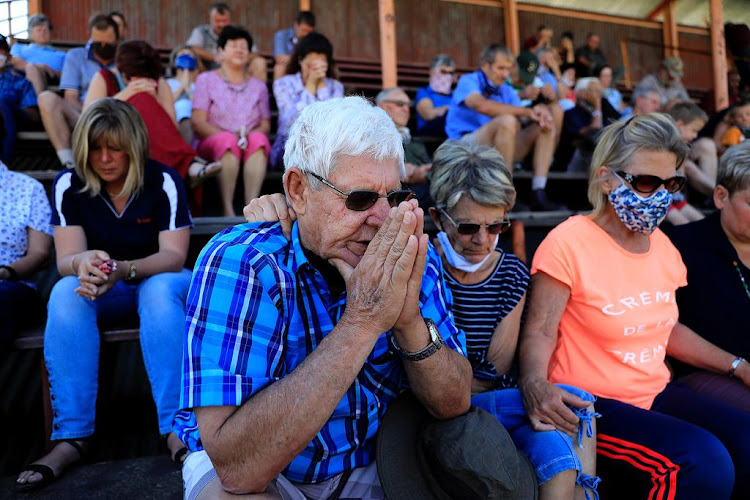 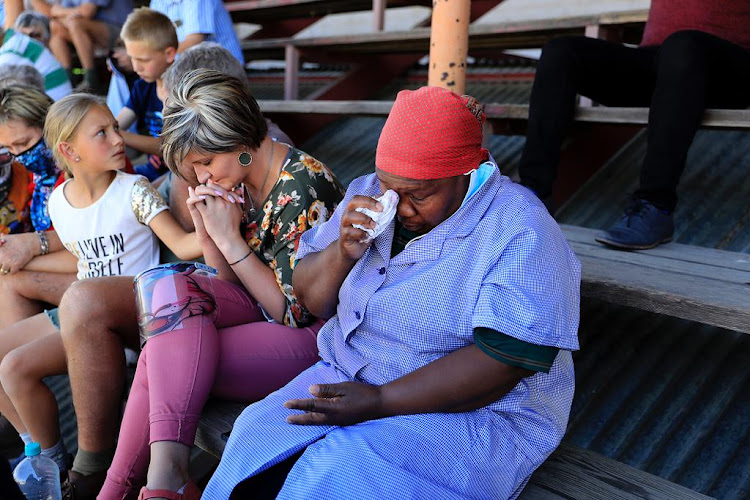 These were the words of local pastor Hendrik de Beer at a mass prayer meeting in the small Free State farming town on Thursday.

The prayer meeting is sandwiched between two high-profile court appearances: that of a local businessman who faces charges linked to public violence, and that of two men accused of a farm killing.

A large group of congregants and community members gathered at the Senekal showgrounds on Wednesday afternoon.

The meeting was opened with prayer and followed by scripture reading and a message from De Beer. After the meeting, those in attendance were asked to pray for 10 minutes.

The 51-year-old businessman arrested for his alleged role in fiery protest in Senekal‚ Free State‚ last week‚ has been denied bail.
News
1 year ago

Their prayers echoed through the showgrounds while gospel music was played in the background. A few community members broke down in tears while praying, while others sat in silent contemplation in the stadium's stands.

De Beer said the importance of the meeting was to “rebuild the walls that the enemy have broken down and to say we won't allow the enemy to come into our town to further steal and destroy”.

“There will always be people who criticise what we are trying to do here today, but prayer is all we have.

“Our fight is not against people but against the evil forces in our midst. We are going to fight this with God on our side, so that where we walk people will see we are people of peace,” De Beer said.

Pastor David Mngomezulu called for people to come “back to God so that he can heal our land”.

“We have to come back to God then we can ask God to heal our nation. We are not fighting blood or flesh, we are fighting the spirit of Satan. We have to pray to God to help us to come together as one. All I want is peace,” Mngomezulu said.

Police minister Bheki Cele has revealed that one of the men arrested for killing Senekal farm manager Brendin Horner had been arrested 16 times.
News
1 year ago

One of the men involved in that protest was André Pienaar, who was on Wednesday denied bail. He has been charged with incitement to commit violence, public violence and attempted murder.

Mahlamba and Matlaletsa are expected to make their second court appearance on Friday.

Pastor John Mathuhle said they hoped that there would be no confrontations or racial conflict in the town during that appearance.

“The community of Senekal looks after itself. During the drought we worked together to solve the problem.

“We were supposed to stand together against the murder of Horner, but instead of that, this whole thing turned into a racial issue. We are not part of the people calling for war against black and white, but believe that we are beautiful in our diversity,” he said.