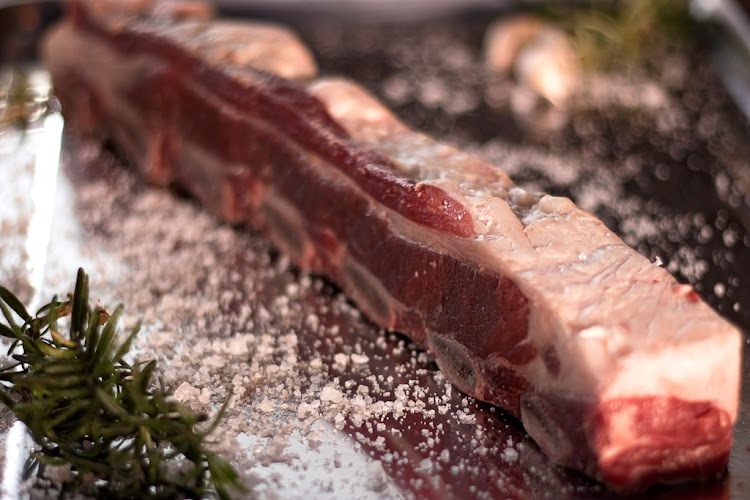 Red meat prices have increased significantly over the past two months.
Image: SUPPLIED

The drought ravaging the Eastern Cape has pushed up meat prices, with industry insiders expecting costs to increase further before the festive season.

Record-low rainfall has resulted in beef, lamb and mutton prices rising sharply because of low reproduction rates on farms across the province.

Agri EC president Doug Stern said farmers had been paid 20% more for their produce in the past two months.

“The price to producers has climbed significantly,” he said.

“Normally, we are the last to see any benefit in a price increase.

“However, we are elated that it is going up.”

Stern said retailers would have automatically increased their prices for consumers.

“We are getting good prices.

“The retailers won’t absorb the prices for the products we are selling.

“We are price takers and not the price makers.”

Stern, who farms beef, lamb and mutton, said farmers had been hit hard by the drought.

The lockdown helped South African chicken producers protect their market but with imports now increasing, the hike in the import tariff in March may ...
Business
8 months ago

“Reproduction is low, meaning fewer animals are coming through the pipeline.

“Many farmers had to cut into their breeding flock and will now need this money to rebuild and get their capacity up.”

He said the sharp price increase was linked to the drought.

The drought has resulted in the cost of feed increasing and also forced farmers to slaughter more because they could not afford to keep excess stock.

This led to meat costing less earlier this year but the market was no longer flooded — pushing up prices over the past few months.

Three tasty dishes every South African should know how to cook. Do you?

Merino Butchery owner Doré Grobler said the price of lamb had increased the most, describing the current price as “stiff”.

She said the butchery had charged R110/KG three months ago for lamb with the price now sitting at R119/KG.

She said the beef price was steadily increasing and expected to skyrocket in December.

“The beef price is climbing at the moment.

“I am very curious as to what will happen in December.

“People will be short of money in December and prices will be high.”

She said the price of pork — which was normally cheaper — was also starting to increase.

“A lot of meat is starting to be exported, which leaves less produce to be sold locally.

“The price increases are all about supply and demand.”

He said beef hindquarters, for example, were selling for R40/KG three months ago.

Van Vuuren said all the butcheries were complaining about the increasing prices and this would likely continue until January.

“It is all about supply and demand and that is the issue we are sitting with now,” he said.

“The prices normally fluctuate but this time it is just going up and up.

“This is more than ever before,” he said.