Now's not the time to score cheap points, says minister on Senekal trial 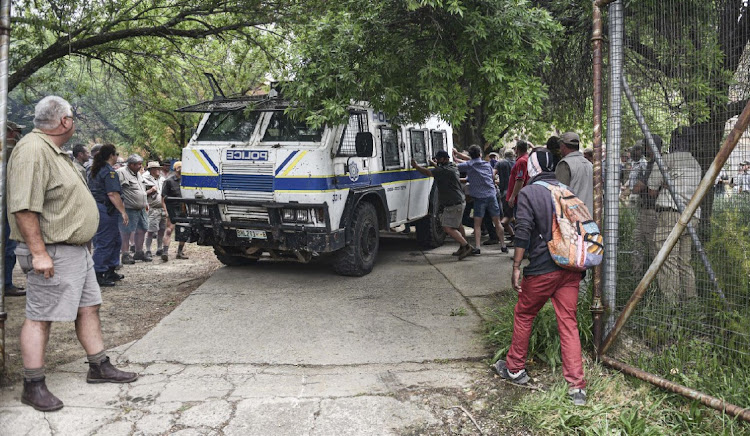 State security minister Ayanda Dlodlo said the government and law enforcement agencies are prepared to deal with any possible violence at Senekal on Friday.

Dlodlo said now was not the time to score cheap points.

“I think we are prepared, after the meetings that we had yesterday. We had a meeting about state security and the police with all its units to deal with the planning for Friday, so I think we are sufficiently prepared for that. We are not going to be caught by surprise,” she told radio host Bongani Bingwa.

“We are trying our very best to ensure that we quell the tensions that have risen in that part of the country and the last thing we want - and as the Horner family also expressed - we shouldn’t use this for cheap point scoring.

Police minister Bheki Cele has revealed that one of the men arrested for killing Senekal farm manager Brendin Horner had been arrested 16 times.
News
1 year ago

“Rather let the death of Brendin Horner be the beacon of light to us to say that there is much more that we can do together rather than individually.”

This comes after EFF leader Julius Malema, made a call for supporters to travel to Senekal.

Malema called out Cele and Free State law enforcement officials for failing to apprehend those who were involved in the violent protest. He said the arrest of a 51-year-old businessman, who was denied bail on Tuesday, was not enough.

The issues is not really about white farmers only - it’s just that they have a louder voice.

Chaos unfolded outside the Senekal magistrate’s court last Tuesday after the appearance of two men charged with Horner's brutal murder.

Farmers who attended the court proceedings stormed the court building, damaging the property as they demanded that the suspects, Sekwetje Isaiah Mahlamba and Sekola Piet Matlaletsa, be handed over to them. The disgruntled group also overturned a police vehicle and set it alight.

Dlodlo said the government had already reiterated that the issue was not about the white farmers but the farming community in general.

“I don’t really think that they have been ignored by the state. Remember, what you hear is an outcry by white farmers ... You cannot hear the outcry of the farming community, which will also include black farm workers, white farm workers and black farm owners making the same kind of noise that the white farmers make,” she said.