Pastors to pray for unity, peace and prosperity in Senekal and Matwabeng 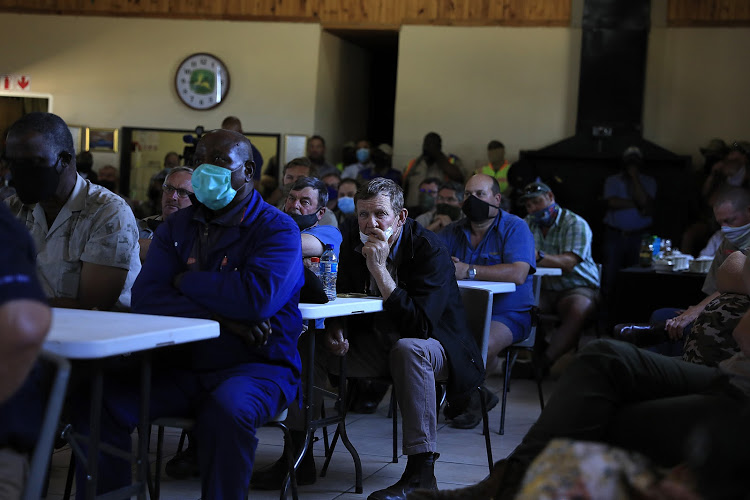 Senekal, the small Free State farming town with just over 3,500 people, was rocked by the murder of Brendin Horner, with resulting protests from farmers.
Image: SUNDAY TIMES/ ALON SKUY

A group of pastors from Senekal and Matwabeng in the Free State will gather on Wednesday morning to pray for unity, peace and prosperity in the town.

The mass prayer meeting was called after violence erupted at the court appearance of the two men linked to the murder of Brendin Horner in the town last week Tuesday, pastor Stefan Coetzee told TimesLIVE.

“We came together and said that this is not the Senekal we know. We want to unite the community and call for peace,” he said.

“We are going to pray against the spirit of rebellion, racial tension and the violence that is unfolding in our country and town.”

Coetzee said this was also a call to end gender-based violence, murders of children and women and murders in the farming community.

‘If standing up to a white man makes me a thug, I’m a proud thug’, Malema says ahead of Senekal trial

EFF leader Julius Malema remains unapologetic about his stance on the Senekal murder protests and calls for his supporters to attend the trial on ...
News
1 year ago

The case has blown open a chasm in the community, stoking racial tensions and anger at police.

Horner, 21, was killed a year to the day after he began working for the Scheepers family at Bloukruin Boerdery, close to the small Free State town of Paul Roux.

Mahlamba and Matlaletsa are expected to make their second court appearance on Friday.

During a visit to the town on Tuesday this week, police minister Bheki Cele pleaded with the farming community for calm ahead of the court appearance.

Pastor John Mathuhle said they hoped there would be no confrontations or racial conflict in the town on Friday.

The ANC government has failed to build an inclusive economy since the advent of democracy, says the ActionSA leader.
News
1 year ago

“The community of Senekal looks after itself. During the drought we worked together to solve the problem,” he said.

“We were supposed to stand together against the murder of Horner, but instead of that this whole thing turned into a racial issue. We are not part of the people calling for war against black and white, but believe that we are beautiful in our diversity.”

The mass prayer meeting is expected to start at the Senekal showgrounds at midday.