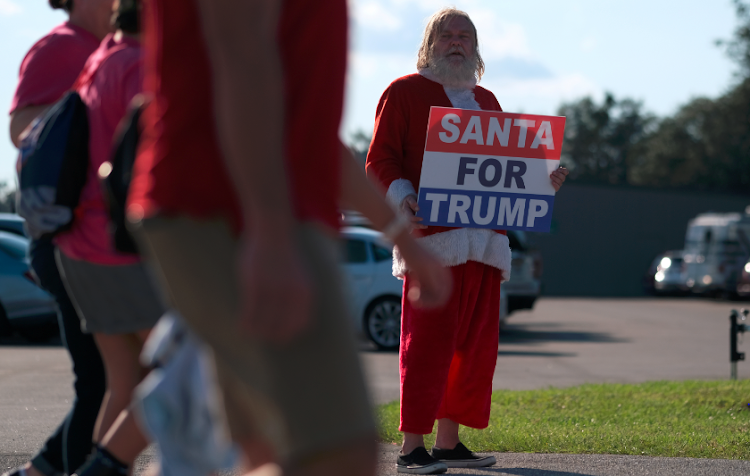 A man dressed as Santa Claus holds a sign as supporters of US President Donald Trump arrive for an election campaign rally at Orlando Sanford International Airport in Sanford, Florida, US on October 12 2020.
Image: REUTERS/ RICARDO ARDUENGO

Twitter Inc on Tuesday said it suspended a group of accounts that claimed to be owned by African-American supporters of President Donald Trump and his re-election campaign due to spam and platform manipulation.

Twitter is investigating the activity and may suspend other similar accounts if they are found to be violating its policies, a spokesperson for the social media company said. The Washington Post first reported the investigation.

A review of some of the suspended accounts shows they often used stolen images to appear like real people and posted identical language in their messages, including the phrase: "YES IM BLACK AND IM VOTING FOR TRUMP!!!"

Some had attracted thousands of followers before they were suspended. The accounts sometimes claimed to be owned by military veterans or members of law enforcement.