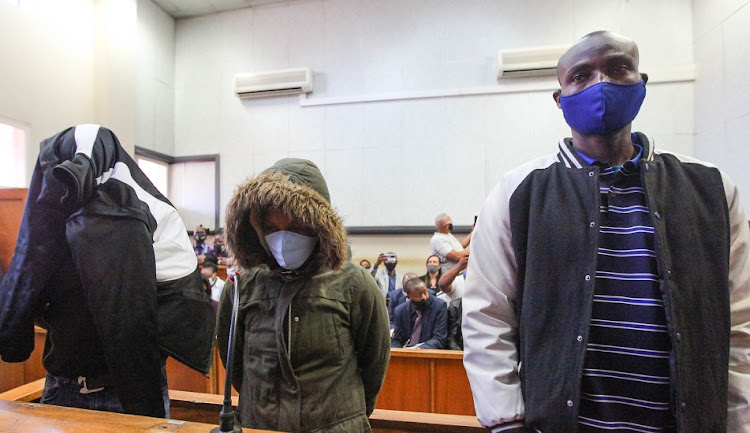 An attempt by Sgt Vorster Netshiongolo, one of the three suspects involved in the murder of Eldorado Park teenager Nateniël Julies, to be released on bail based on "new facts" was halted on Thursday.

Netshiongolo had made the application to the Protea magistrate's court and was due to appear on Thursday, but various factors meant the hearing couldn't take place.

Firstly, the court did not have running water, forcing it to close earlier than normal. Then, Netshiongolo had changed his legal representation, which meant his new attorney was not ready to proceed. Also, Netshiongolo was not present in court on Thursday because of miscommunication between the correctional services department and the prosecution, which meant he was not transported from prison to court.

Sgt Scorpion Simon Ndyalvane, Const Caylene Whiteboy and Netshiongolo were denied bail on September 28 in connection with the murder of 16-year-old Julies.

Ndyalvane and Whiteboy were charged with premeditated murder, defeating the ends of justice, discharging a firearm in a public space and unlawful possession of ammunition.

They are accused of shooting and killing Julies on August 26 before rushing him to Chris Hani Baragwanath Hospital in Soweto.

Prosecutor Mzwandile Mrwabe told the court on Thursday that the prosecution had prepared itself to meet the challenge.

During a brief appearance in court, Notshiongolo's new lawyer Onke Maseti said he had just been appointed and heard that the matter was going to court on Thursday.

Maseti requested the postponement of the case so that he could have access to the transcript of the previous bail hearing.

The case was postponed to October 29.

After the brief proceedings, Julies' mother Bridgette Harris asked why Netshongolo was asking for bail on new facts.

" What new facts are there?" Harris asked.

Julies' grandfather James Julies called for the case to be finalised.

"We want the case to be concluded. They must face the music," he said.