From court appearance to Bheki Cele's promise for justice: 5 must-read stories on Senekal 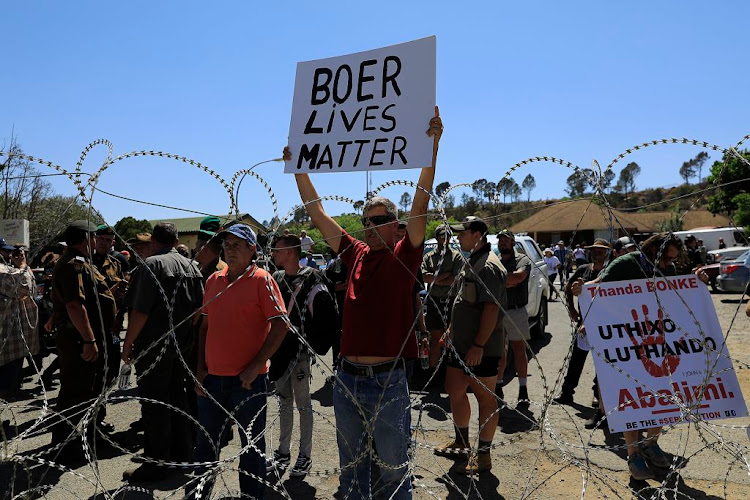 The town of Senekal in the Free State has dominated news headlines in the past week after the murder of 21-year old farm manager Brendin Horner on October 2.

Horner was allegedly murdered by two suspects who appeared in court for the second time on Friday. He was found beaten and tied to a pole. Police arrested Sekwetje Isaiah Mahlamba and Sekola Piet Matlaletsa, who remain in custody.

There have been mixed reactions from politicians.

DA leader John Steenhuisen was critical of government's inaction in dealing decisively with crimes affecting rural communities who “live under siege” from criminals.

EFF leader Julius Malema called on his supporters to attend the court case on Friday “in defence” of public property, after violent protests broke out at the suspects' first appearance.

On Friday, authorities maintained a strong presence in Senekal to ensure safety.

Road blocks and tight security encompassed Senekal, in the Free State, on Friday before the appearance of two men alleged to have killed farm manager ...
News
1 year ago

Suspect's girlfriend says he is innocent

Maleqhoa Sithole said she believes her boyfriend, Mahlamba, is innocent because she was with him on the night of the murder. She said Mahlamba left for a short while to get alcohol which they drank together.

Mahlamba and Matlaletsa are suspected to be stock thieves. Sithole said she was aware of the claims, which were widely spread in the community. She admitted she had never asked Mahlamba about them because they had only been dating for a short while.

She said the two men were arrested at a tavern where she had been drinking with them. When Mahlamba asked what he had done, police told him he killed a white man, said Sithole.

There were roadblocks in Senekal as police maintained a strong presence in the area to ensure there was no violence on Friday. Motorists and individuals were checked for weapons and buses ferrying EFF supporters were parked a short distance from the court.

Malema's supporters erected a stage outside the court where he addressed them after proceedings in the afternoon. His supporters carried baseball bats, golf clubs and sticks,  despite Malema having insisted the protests would not be violent.

A group of farmers, some in bakkies, gathered in groups a short distance from the court.

Suspects Sekwetje Isaiah Mahlamba and Sekola Piet Matlaletsa are due to appear in the Senekal magistrate's court on Friday morning.
News
1 year ago

Mahlamba, 32, told the court the bloodstains found by police on his trousers were from slaughtering an animal at a local event in September. He said police could take the item for DNA testing and search his home to prove he had nothing to hide.

He corroborated the version given by Sithole that they were together on the night of Horner's murder. He said he had never met Horner, and told the court that he intends to plead not guilty.

“I am asking for bail because I don’t know anything about the incident and I am ready to face the public,” he said.

The police minister said police would work around the clock to ensure justice for Horner's murder. On Tuesday the minister visited his family to convey his condolences. He later received a memorandum from the farming community at the Meets Agricultural Union Hall.

Farmers alleged that some police officers are involved in criminality in the area.

EFF supporters and farmers gathered in Senekal on Friday as two men alleged to have killed farm manager Brendin Horner appeared in the town's ...
News
1 year ago

On Tuesday, Malema told his supporters he is unfazed by being labelled a thug or fascist for wanting to stand up to white people in Senekal.

Malema and EFF MP Mbuyiseni Ndlozi had appeared in the Randburg magistrate's court when he addressed the matter.

He said his supporters would not start violence but warned that they would retaliate if  provoked.

“We are not going to fight anyone. We are going there peacefully, but you push, we push. We will not shoot anyone, we will not provoke anyone. Just don't push us,” he said.