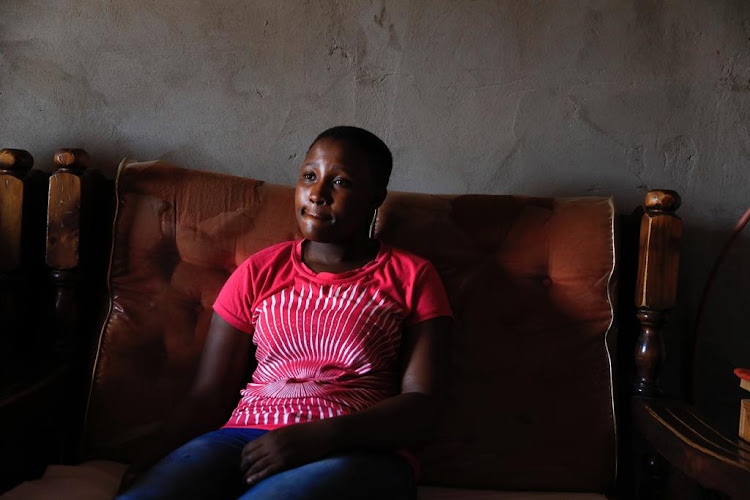 Maleqhoa Jeanette Sithole poses for a portrait in an informal settlement outside Senekal. Sithole is the girlfriend of murder accused Skwetja Mahlamba, who she insists he is innocent.
Image: ALON SKUY/Sunday Times

The 21-year-old girlfriend of murder accused Skwetja Mahlamba has proclaimed his innocence, alleging she had a solid alibi for where he was on the night farm manager Brendin Horner was murdered.

Speaking to TimesLIVE on Thursday, ahead of the trial resuming on Friday, Maleqhoa Sithole, said she was with him on the night that he was alleged to have murdered Horner along with co-accused Sekola Piet Matlaletsa.

“I will continue to support him. I believe he’s innocent. I was with him on Thursday night. He was at the tavern that night and then he came home where we were together. He left briefly to go and get some ‘take-away’ booze and came back with it. We drank it at home and I slept with him there,” Sithole said.

Suspects Sekwetje Isaiah Mahlamba and Sekola Piet Matlaletsa are due to appear in the Senekal magistrate's court on Friday morning.
News
7 months ago

In earlier interviews with TimesLIVE, members of the community accused the two men of being complicit in stock theft. Sithole said she was aware of these allegations.

“Before we dated, I had heard rumours of him being involved in such, but I was never sure of it because it was all hearsay from people in the community. I never asked him because we had not dated for that long,” she said.

Sithole said she was with the two accused when they were arrested days after Horner was found brutally murdered. The arrest was carried out at the tavern where she and the two men had been drinking.

“When he asked what he had done, they said he had killed a white man. He replied by saying he didn’t do it but it was all OK, they could lock him up,” she said.