When you're entitled to a store refund & reversed bank payments explained 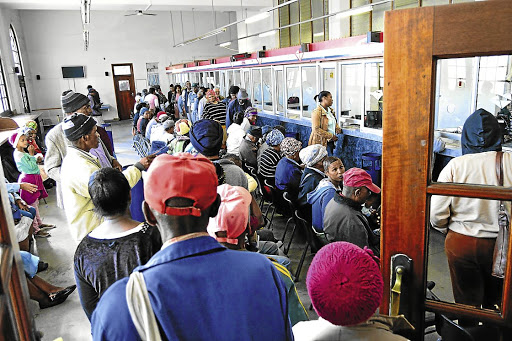 No matter what your bank SMS says, if the cashier’s card machine can produce a slip saying “transaction failed” or something similar, your payment didn’t actually go through. PICTURED: Social-grant beneficiaries queue at a Postbank branch to receive their grants.
Image: Randell Roskruge

No, the CPA doesn’t necessarily entitle you to a refund

It’s been almost a decade since the Consumer Protection Act (CPA) came into force in SA and still I get daily complaints from people who believe that retailers are not entitled to refuse to refund them, under any circumstances.

Here’s the thing: The CPA only covers the return of defective goods, in which case you’re entitled to your choice of a refund, replacement or repair, within six months of purchase.(If you buy online, you can return your purchase for a refund within seven days, even it it’s not defective). From my inbox on Friday:

Charmaine bought clothing from Zara in Gateway, KwaZulu-Natal, five weeks ago. She wanted to exchange the item for a bigger size, but this was delayed due a family member testing positive for the coronavirus.

In this weekly segment of bite-sized chunks of useful information, consumer journalist Wendy Knowler summarises news you can use:
News
8 months ago

“When I got to the store, I was one week beyond their 30-day return period and the manageress told me that she is unable to change it.

“What are my rights?”

Diane bought a couple of bras from Barclay & Clegg at Lonehill earlier this week. “On getting home I changed my mind about one of them so I went to return it and was told I could not get a refund, despite the tags and everything being in place.

“I exchanged it for another bra in the shop, but I still was left with a large credit.

With ‘change of heart’ or 'wrong size’ purchases made in store, retailers do not have to take the product back at all, so if they do have a returns policy for non-defective products, they get to come up with the terms and conditions because essentially they are doing you a favour.

Conditions usually include an insistence on proof of purchase, original packaging and a limited time (usually a month) to return unwanted purchases. So, if you are going to buy something without trying it on, or you aren’t sure about it, before you pay ask the retailer detailed questions about their policy on the return of 'change of heart' goods.

Tata ma chance with customer service and it’ll cost you

“Your payment didn’t go through” — what now?

On the first day that the old-age grant payments became available this month, the Postbank system timed out on about 250,000 transactions.

The Post Office put that down to “the enormous volume that occurred at the same time”.

But in the meantime those pensioners would certainly have experienced a lot of anxiety.

The “your payment didn’t go through” scenario is one which causes friction at pay points, because the customer gets an SMS from their bank, saying it did “go through”, and they regard the SMS as irrefutable proof that the money was deducted from their accounts. So they refuse to hand over their card to be swiped a second time.

The fact is the “transaction declined” slip from a company’s point of sale machine trumps the SMS which your bank sends you.

A point of sale device — that’s the card machine to you and me — will always print either a slip indicating the successful transaction, or a slip with details of the error.

If an error ticket is printed, you can be sure that the transaction has not been processed yet.

As for why the conflicting messages arise in the first place, the shop’s card machine sends the request to your bank, your bank approves the transaction and sends an approval SMS to you.

Watch-outs of the week: be careful when buying a car privately

In this weekly segment of bite-sized chunks of useful information, consumer journalist Wendy Knowler summarises news you can use:
News
7 months ago

But you should later get another SMS from your bank, advising you that the transaction has been reversed and needs to be re-done. It’s the wait for that second SMS from your bank that often gives rise to confusion and mistrust.

Bottom line — generally, no matter what your bank SMS says, if the cashier’s card machine can produce a slip saying “transaction failed” or something similar, your payment didn’t actually go through.

If that happens, insist on being given a slip with the error details. And if in doubt, contact your bank to find out what has or hasn’t been debited on your account.

No matter what the sales agent says, read the small print

How not to buy a puppy

Put the name of any breed of dog into an internet search engine and you will find adverts for the cutest puppies along with wonderful assurances that they are “vet checked”, inoculated, dewormed and are looking for their “forever homes”. Do not be fooled — those photos were lifted from the internet and if you make a payment for the fake puppy, it will end in tears — literally, if your children were planning to welcome their new puppy.

The fraudsters, often using the names and ID numbers of their previous victims, will arrange to have the pup couriered to you, by a fake courier company, and when the big day arrives, you’ll get a call from the “courier” to say the airline won’t accept the puppy unless it’s in a suitable crate, which will cost you a lot extra, of course.

Many have paid up, imagining the poor little puppy, alone at the airport, and then comes the next demand, for a special tax, and on it goes.

When buying anything online from a company you’ve never heard of before, assume it’s a scam until your checks prove otherwise.

And when it comes to the puppy scams, it won’t take you more than a couple of clicks to discover that the only genuine part of the deal would be your money landing up in the fraudster’s bank account.

• GET IN TOUCH: Wendy Knowler specialises in consumer journalism. You can reach her via e-mail: consumer@knowler.co.za or on Twitter: @wendyknowler