State capture inquiry not confined to those implicated by witnesses, say experts 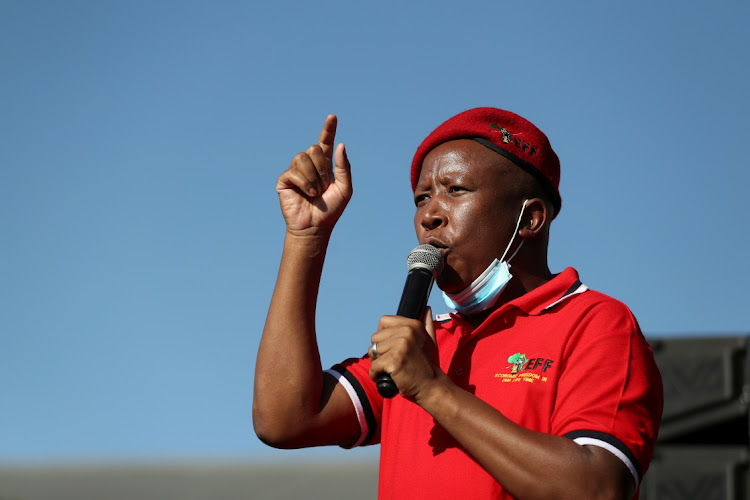 EFF leader Julius Malema and his deputy Floyd Shivambu are reportedly now being investigated by the Commission into State Capture.
Image: SIPHIWE SIBEKO

The commission of inquiry into state capture is not confined to investigating people who have been implicated by witnesses that have testified before it.

This is the view of experts who reacted to a Sunday Times report that the Zondo commission is now investigating EFF leader Julius Malema and his deputy, Floyd Shivambu.

According to the paper, the Zondo commission has subpoenaed SA’s four commercial banks to provide the financial records of the two EFF leaders. Also under investigation is Malema’s wife Mantoa, his late grandmother Sarah, his lawyer Ian Levitt, his Ratanang Family Trust and several companies linked to him through his associates.

Also being investigated is Shivambu’s brother Brian and his companies. Brian Shivambu’s companies were implicated in the R2.3bn VBS Mutual Bank heist.

Council for the Advancement of the South African Constitution executive director Lawson Naidoo said: “The commission has an investigative team. They are looking at all aspects of the terms of reference. If, as a result of those investigations, it leads them in a certain direction, they will follow those leads. It is not necessarily limited to the evidence that is given by witnesses before the commission.

EFF leader Julius Malema appears to be unfazed by reports of looming investigations into him, his family and the party's deputy leader, Floyd ...
Politics
1 year ago

“I would assume that in this case it is the investigations that have made them request information about bank accounts of certain individuals. If in the course of looking at their terms of reference they come across stuff that leads them to suggest that the bank records might give them some evidence, then they will pursue them. The whole point of the commission is to examine all aspects of state capture.”

The Zondo commission has in the past focused mostly on former president Jacob Zuma’s allies and those who were in government and state-owned entities. It has also brought before it businesses which engaged in work with government departments and their entities.

Political analyst Mzoxolo Mpolase said approaching commercial banks to get information was just one of the legal instruments available to the Zondo commission.

Zondo commission has cost us R700m and counting

“What we are hoping for is that what they are investigating is substantive and they are not embarking on a fishing expedition. The commission has spent about R1bn but there is still no conviction that has come out of it. No money has been recovered and the Guptas are still out of the country. Zuma has not fully accounted. It is basically back and forth between him and the commission. I hope that the commission, the investigators and whoever is involved have really applied their minds to this,” Mpolase said

In his reply to Sunday Times Malema said he was not aware of the subpoenas and questioned why the Zondo commission was investigating him when no one had implicated him. He said the commission should have asked him for the information it needed and he would have supplied it.

Sowetan sent questions to EFF spokesperson Delisile Ngwenya and had not received a response by the time of going to print.